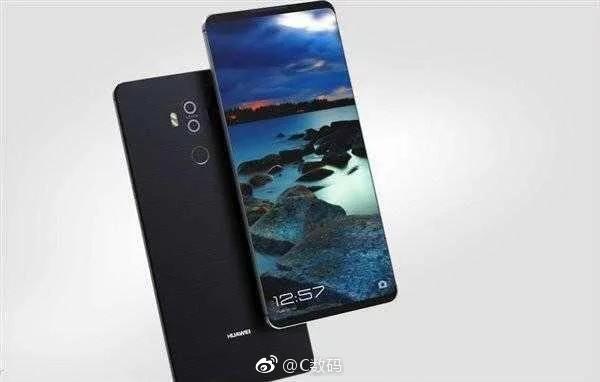 As per Bloomberg in an interview, Richard Yu – Chief of Huawei’s consumer Division said “We will have an even more powerful product,” Yu said in an interview. “The Mate 10, which has much longer battery life with a full-screen display, quicker changing speed, better photographing capability and many other features that will help us compete with Apple.”

DISPLAY & CAMERA
Expected FHD for display with Corning Gorilla glass 5 to be a bezel less, 6.1 inch, 2:1 display with a resolution of 2,160 x 1080 resolution. There possibility of having dual lens camera on the front with 3D face scanning skills. on the basis of Richard Yu saying “that the phone will have large screen to bezel ratio and also of Iris scanner which will have 3D face recognition skills which will apparently make it better at augmented reality.” Further Yu has said about the better camera for Mate 10 with longer lasting and fast charging battery. As we are aware Huawei has already invested a lot money with partnering with Leica and we have seen the Leica lens on Mate series and also on recent Huawei P series. So we can expect Leica lens on the Huawei Mate 10 and with the new upgraded dual camera system for the rear camera which we have seen on the P10 smartphone

CHIPSET & BATTERY
As Huawei Mate 9 came with the Kirin 960 chipset, we can expect the new Mate 10 may make a debut with the latest Kirin 970 chipset. So we have to see how does it perform in front of the competitor’s smartphone chipset likes of Apple (A10) or Snapdragon 835.
Rumours also suggest the battery would 4000 Mah+

NEW UI
We expect the Mate 10 will have the Huawei new Emotion UI and which would faster slimmer version which will have less of bloatware and excess apps to offer a cleaner and easier to use phone experience.

PERSONAL ASSISTANT SERVICE
Recently we have received a mail from Huawei PR about Huawei would be talking about A.I. during the IFA. We can expect something similar personal assistant like Siri (Apple), Bixby (Samsung) or Google Assistant (Google) for Huawei Mate 10. It is quite possible to see Huawei’s its own personal assistant A.I. software version for the Huawei smartphone users or possibility to have third party like  Amazon Alexa integrated along the phone, as we have already seen it with HTC smartphones. Hoping it would be available in UAE too.

PRICE
We hope to Huawei Mate 10 is priced lesser to it’s competitors likes of Samsung and Apple. Priced expected to around AED 2700 to AED 2800 and special edition to be around AED 3200 to AED 3500.

WATER AND DUST RESISTANT
Other features, we are hoping to have on the phone is IP68 (Water and Dust resistant). It has been longtime for Huawei for not coming out with a smartphone with this feature compared to it’s competitors like Apple, Samsung and LG.

If Huawei Mate 10 has IP67 or IP68 then we may not see the 3.5mm jacket for audio. But it is good sacrifice for better smartphone.