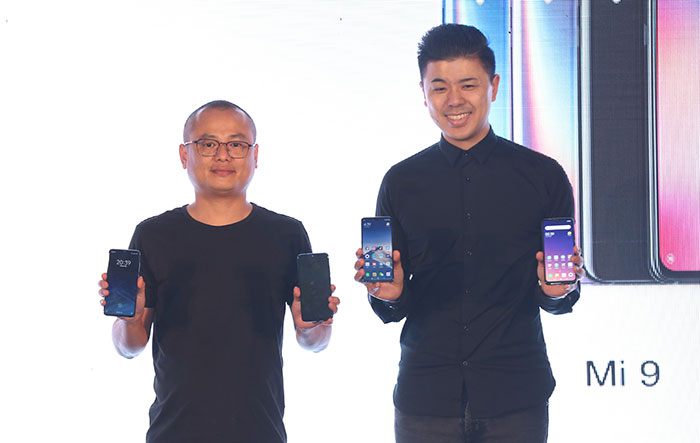 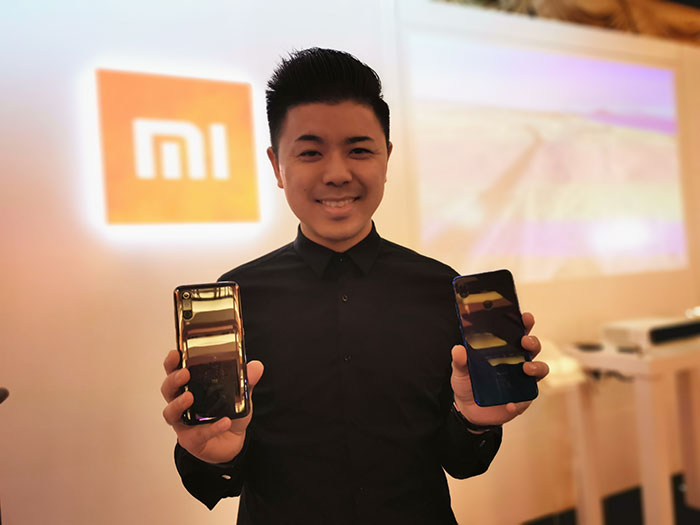 At an event on 20th March in Palace Downtown Dubai, Xiaomi announced the launch of Mi 9, the latest flagship, featuring an AI triple camera, class-leading 20W wireless charging and unimaginable performance powered by the Qualcomm Snapdragon 855 Mobile Platform. Redmi Note 7, the latest smartphone in the highly popular Redmi Note series, was also been launched. Redmi Note 7 continues the series’ tradition of featuring a large display and excellent battery life and pushes smartphone photography to a new level in this price range. 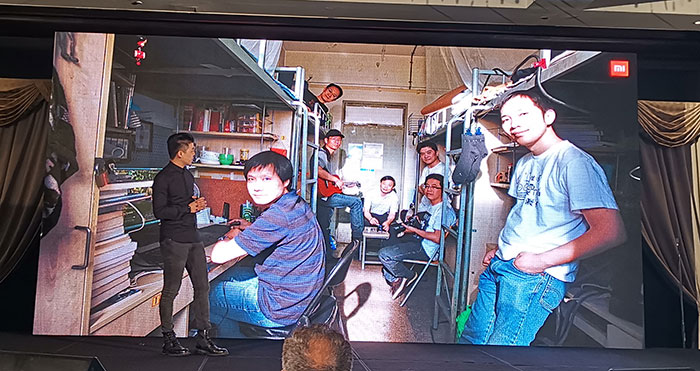 Xiaomi Corporation was founded in April 2010 and listed on the Main Board of the Hong Kong Stock Exchange on 9 July 2018 (1810.HK). Xiaomi is an internet company with smartphones and smart hardware connected by an IoT platform at its core.

Xiaomi is currently the world’s fourth-largest smartphone brand and has established the world’s largest consumer IoT platform, with more than 132 million smart devices (excluding smartphones and laptops) connected to its platform. Currently, Xiaomi products are present in more than 80 countries and regions around the world and have a leading foothold in many markets. 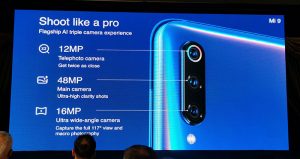 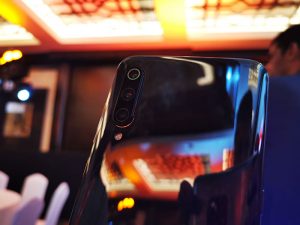 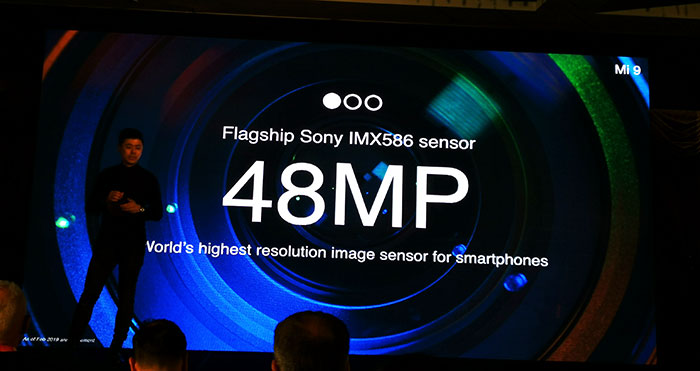 Mi 9 is Xiaomi’s first flagship with an AI triple camera, with the main camera utilizing the latest 48-megapixel Sony IMX586 1/2” sensor. Users can choose to shoot high-resolution 48-megapixel images, or in low-light conditions, take even clearer and brighter photos as Mi 9 will combine four pixels to one, resulting in very sensitive 1.6μm large pixels. The AI triple camera combination of the main camera, 16-megapixel ultra-wide-angle camera, and a 12-megapixel telephoto camera gave Mi 9 a score of 107 by the authoritative DxOMark website, giving it the second highest score of all tested smartphones. In addition, a video score of 99 puts it at number one on DxOMark for video capture. 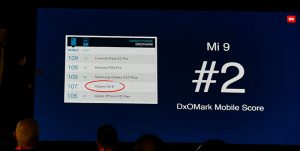 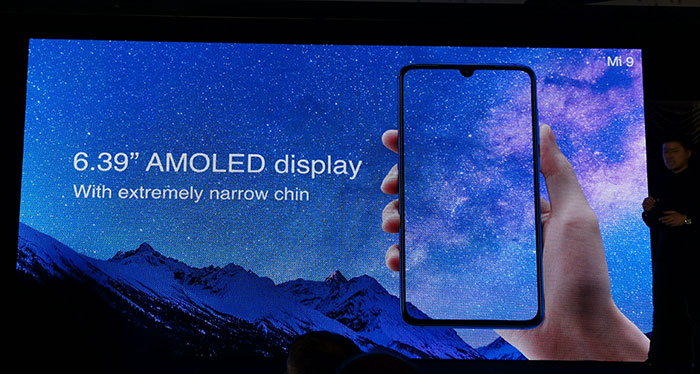 Mi 9 has an all-curved back cover design, allowing it to fit comfortably in the hand. An advanced back cover colour process gives Mi 9 a stylish holographic rainbow spectrum, so it looks different every time it is picked up.
The all-curved design is inspired by the works of famed architect Antoni Gaudi and has been certified by The Gaudi Academia of Knowledge. 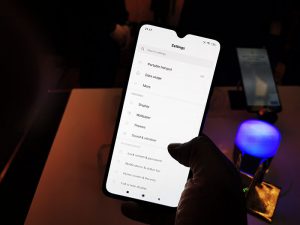 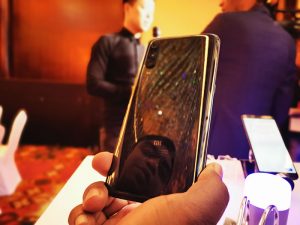 “Inspired by the works of Antoni Gaudi, Mi 9 beautifully combines the reflection of light, seamless curves, and the use of natural elements to create a masterpiece of art”, says Carlos Canals Roura, President of The Gaudi Academia of Knowledge, “A maximum expression of beauty”.

On the front, Mi 9 sports a 6.39-inch 19.5:9 Samsung AMOLED Dot Drop display. Under this display is a new and improved in-screen fingerprint sensor that unlocks the phone up to 25% faster than the previous generation. 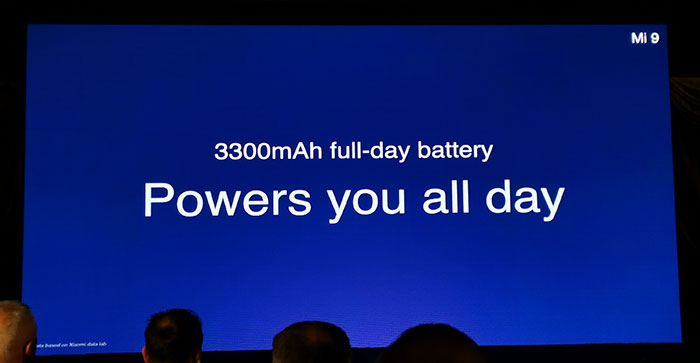 Inside the Mi 9 is a large 3300mAh battery, featuring a fast charging solution for both wired and wireless charging. This solution has received certification from renowned German institution TUV Rheinland for safe quick charging. 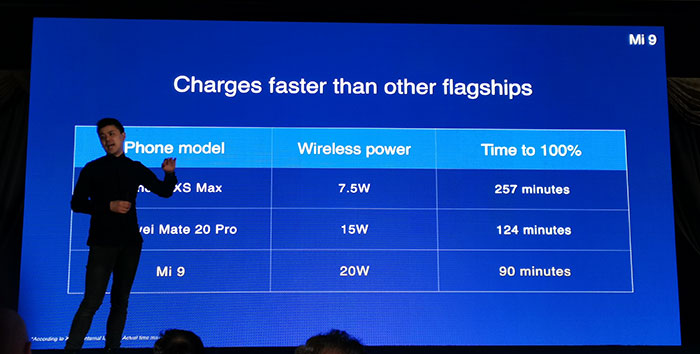 The 27W wired charging supports Qualcomm’s QC4+ standard, and enables Mi 9 to safely charge to 70% in just 30 minutes, and fully charge in 60 mins. When used with the new 20W version of Mi Wireless Charging Pad, Mi 9 can fully charge in just 90 min, as fast as some wired solutions. 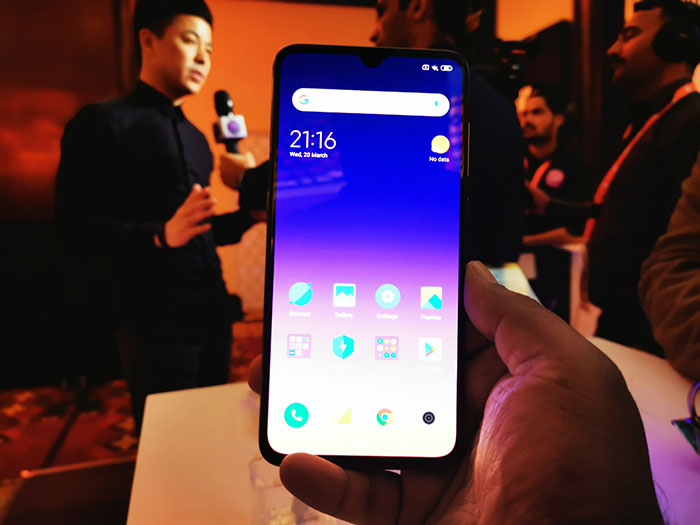 Price and availability for MI 9

Mi 9 will be available at 3 Authorized Mi Stores in UAE from March 21st, retailing AED 1,849 for the 6GB+128GB. It is available in Piano Black, Ocean Blue, and Lavender Violet. 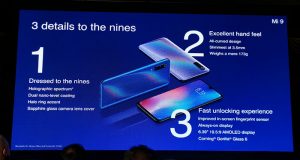 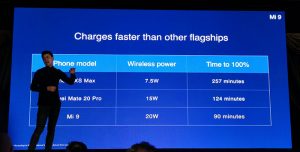 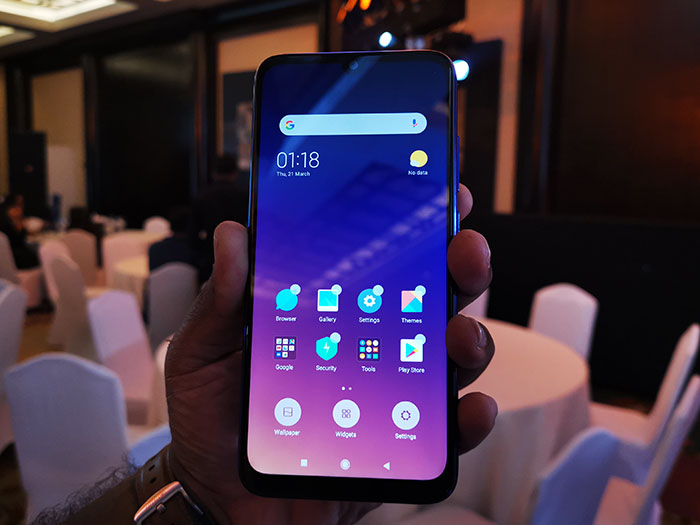 Redmi Note 7 marks the greatest shift in design in the Redmi series, sporting a new premium style with the front and rear covered in Corning® Gorilla® Glass 5. The gorgeous 19.5:9 Dot Drop display measures 6.3 inches diagonally and has an FHD+ resolution of 2380 x 1080. The Redmi Note 7 screen’s high pixel density and accurate colours (84% NTSC colour gamut) offer one of the finest visual experiences in its class.

On the back, Redmi Note 7 sports the Samsung ISOCELL Bright GM1 backside illuminated CMOS sensor that has 48 million physical pixels. Xiaomi couples Redmi Note 7’s cameras with the latest AI features, including the night mode photography feature that was introduced along with Xiaomi’s flagship Mi MIX 3, as well as AI scene detection, AI beautify and AI portraits that allow users to create amazing photos with ease. 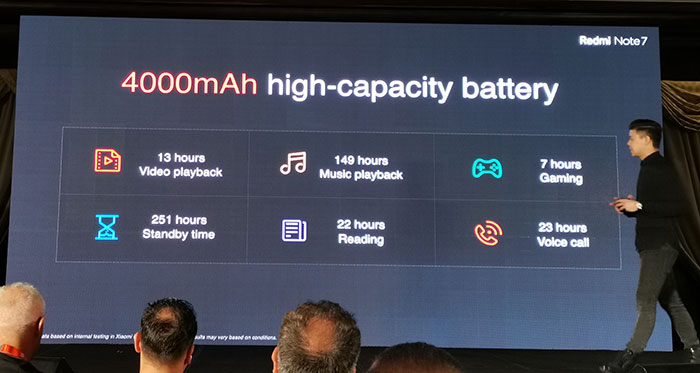 Redmi Note 7 carries on the Redmi tradition of excellent battery life with its large 4000mAh battery, which will last over a day for almost all users. Recharge via the USB Type-C port, and enjoy shorter charging times thanks to the support from Qualcomm® Quick Charge™ 4. Redmi Note 7 also includes an IR blaster capable of controlling numerous home appliances, such as televisions or air conditioners. In addition, it comes with Smart PA audio for louder and higher-quality sound. 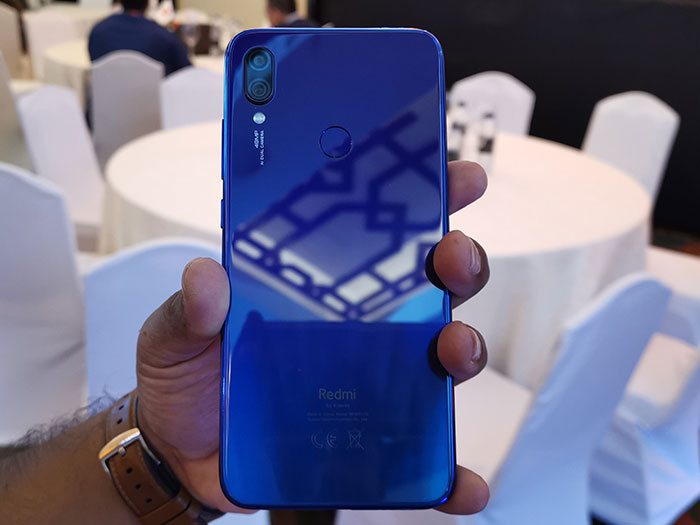 Redmi Note 7 is built to be reliable, designed to last so users can use it worry-free for longer. It features Gorilla Glass 5 on the front and back, making it less vulnerable to damage from drops. Corners on the chassis are also reinforced, further improving durability. In addition, buttons and ports come with watertight seals to lessen the impact of accidental splashes that may occur in everyday use.

Price and availability for Redmi Note7

Redmi Note 7 will come in Space Black, Neptune Blue, and Nebula Red. It will retail at AED 729 for 4GB+64GB, and AED 829 for 4GB+128GB. Starting from March 21st, 4GB+64GB version will be for pre-order on Jollychic for AED 655. In April, both versions will be available on all channels. 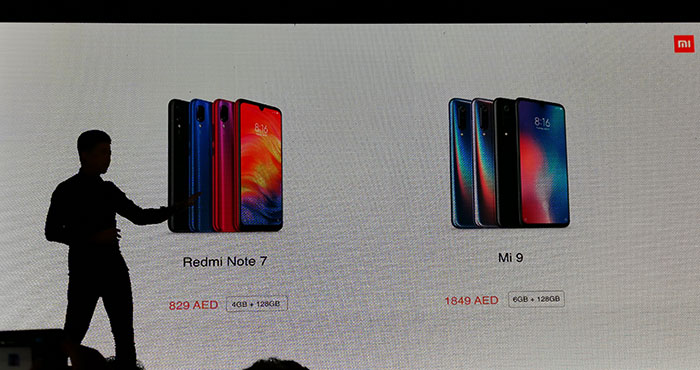