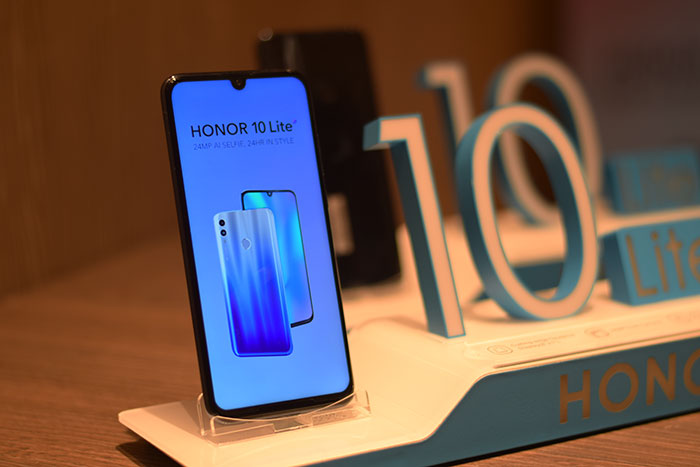 On 18th Dec 2018, the journalists were invited by HONOR team at FIVE Palm Jumeirah Hotel for the launch of the HONOR 10 Lite smartphone which is a lower mid segment smartphone with hi-end phone features. 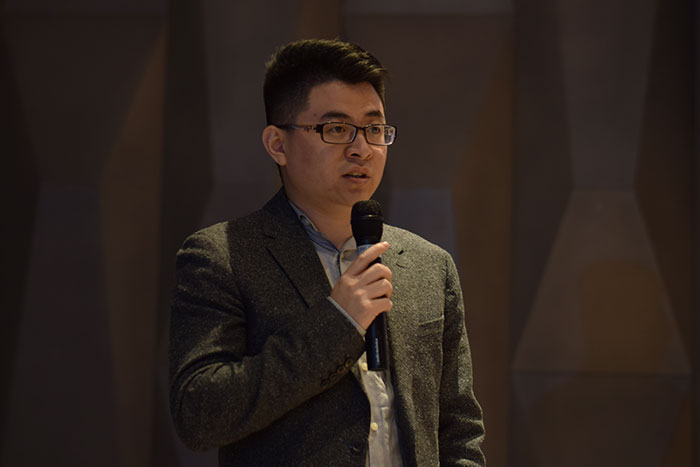 As you are aware, HONOR is the e-brand of Huawei smartphones and has been coming with the latest features in the smartphones with keeping the cost lower than the Huawei branded phones. But it doesn’t mean that they have sacrificed on the quality or appearance. 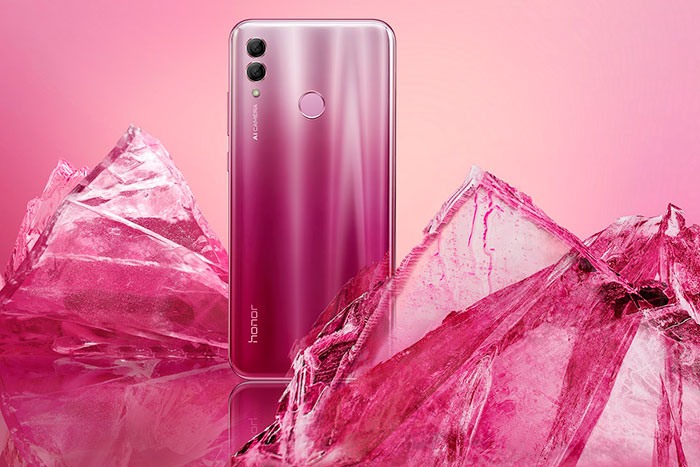 The newly launched HONOR 10 lite smartphone has a 24MP AI-Powered front camera for selfies and has the dual camera as the rear camera which is the 13MP + 2MP camera.  The HONOR10 lite has the stylish dewdrop notch on the 6.21” FHD screen and a body with vibrant gradient hues which makes smartphone standout among the competitors in the market. 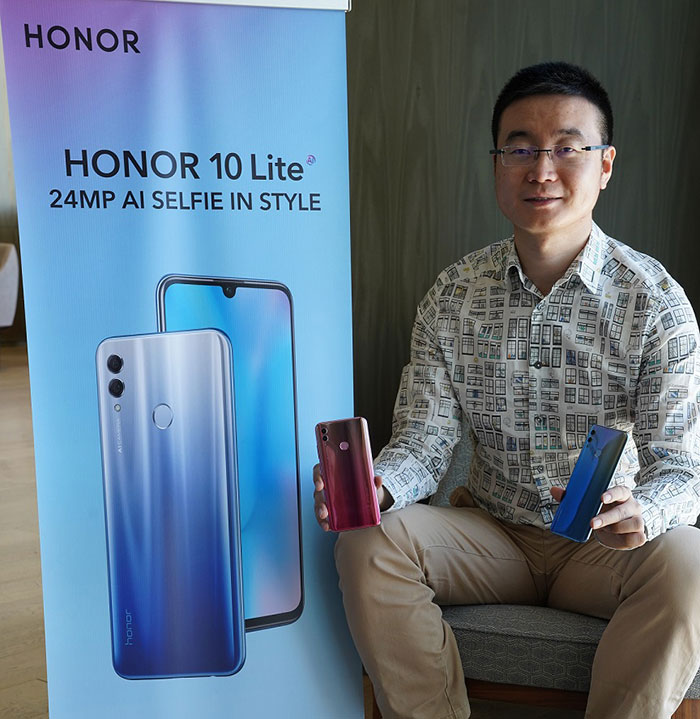 Chris Sun Baigong, President, Honor Middle East and Africa comments: “The Middle East is a key market for HONOR and ever since our debut in the region in 2015, we have seen exponential growth – not surprising given the demographic we look to target is so prominent in this part of the world. With fantastic success in the last year alone, we are delighted to be launching the HONOR 10 Lite on the back of what has been a remarkable 12 months. The HONOR 10 Lite not only provides the best of features and specs – and at an unbeatable price, but it has a beautiful design enabling users to have an enhanced mobile experience. We can’t wait to see the reaction from our fans.”

The HONOR 10 lite has a bezel-less display and artistic colours which are as per the current trends of the smartphone. This Android smartphone has an impressive 90%+ screen-to-body ratio, a 6.21-inch display that now fits within a 5.2-inch body. It has 19.5:9 aspect ratio with 2340 x 1080 FHD+resolution. The unique design of HONOR 10 lite is the dewdrop notch which makes stand out from other smartphones. It weighs 162gms and comes with 3400mAh battery. It comes with dual SIM Tray and one of them can be used to expand the storage up to 512GB.

The HONOR 10 lite comes with the 24MP AI front camera with AI recognition of 8 scenarios with F/2.0 wide aperture. The smartphone has AI technology and the stereoscopic portrait can be achieved through various photography light settings such as butterfly lighting and soft lighting and studio-level selfie. 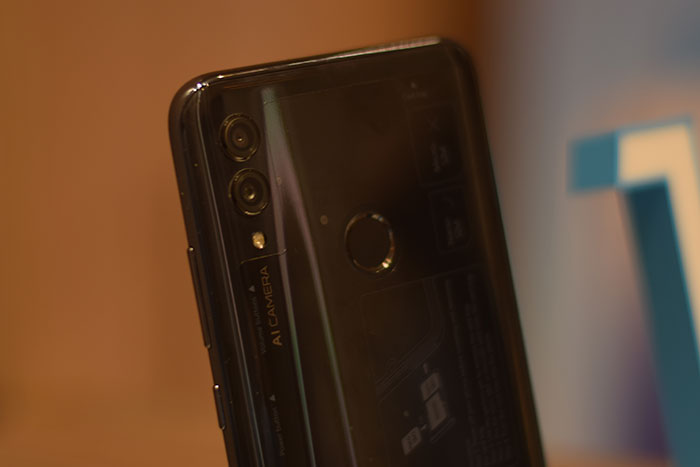 The HONOR 10 lite comes with dual cameras on the rear which is 13MP + 2 MP with a wide F/1.8 aperture lens. It has the low light function (Super Night Shoot mode), so you can take night shots in under six seconds of exposure with the anti-shake feature (AIS).

The HONOR 10 Lite smartphone runs on the latest Andriod 9 (Pie) with EMUI 9.0 as UI. It smartphone comes with 3GB RAM and 64GB ROM and the smartphone is driven by Huawei own chipset Kirin 710 (Cortex-A73). The HONOR 10 lite smartphone has GPU Turbo support which helps a lot during playing graphics intense games.

The smartphone has 3.5mm jack for audio and comes with USB 2.0 type pin for charging and transfer of data. It has a fingerprint sensor on the back panel and the speakers on the bottom. 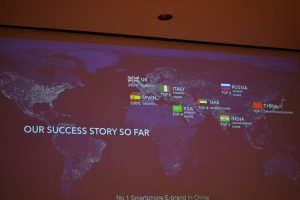 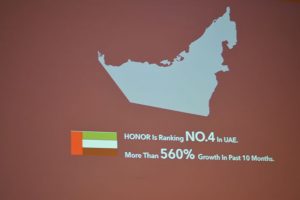 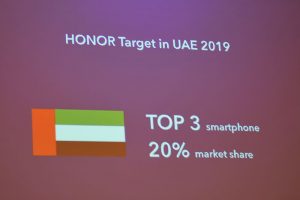 In the last 12 months alone, HONOR has increased its market share in the region by 378% in the United Arab Emirates and 195% in the Kingdom of Saudi Arabia. By 2019, HONOR team expects 20% market share and plans to reach the top 3 smartphones in UAE. 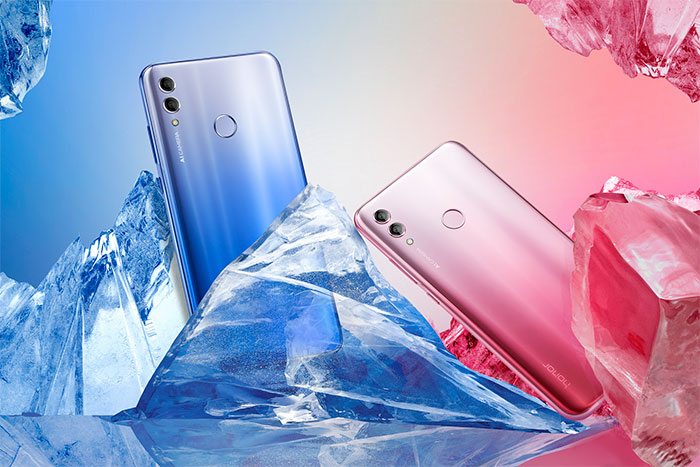 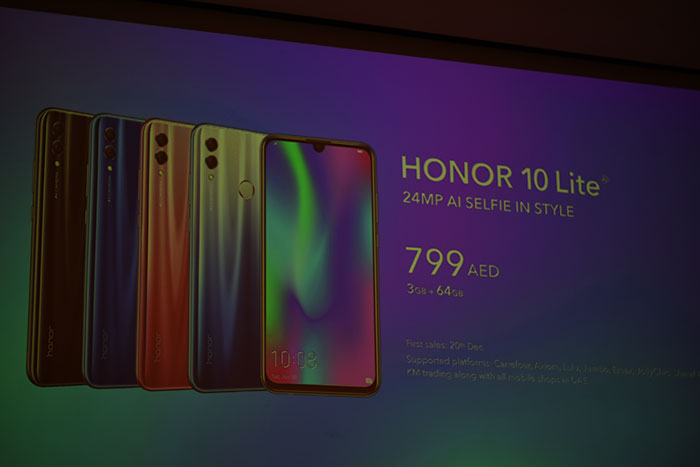