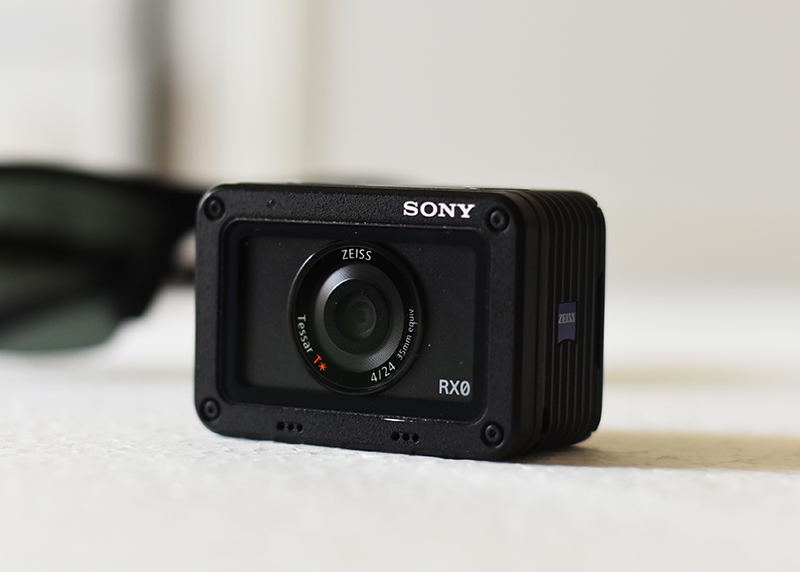 In the month of August 2017, Sony released the Sony Cyber-shot DSC RXO camera and it was introduced to Middle East market in November 2017 at Xposure International Photography Festival. It was a product which got my attention as it was small, sturdy, compact, waterproof with a 1inch stacked 15.3MP Exmor RS CMOS image sensor and powered by the BIONZ X® processor.

SONY MEA had given me the product for review for a month and below are the details and review of the product. 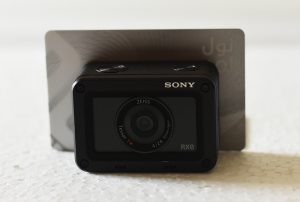 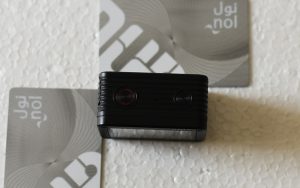 Sony Cyber-shot DSC-RX0 camera has the dimension of 59.0×40.5×29.8mm and weighing 110g with battery and memory card. The camera body is made out of Duralumin, a toughened aluminium metal, which means it can withstand rough treatment, Sony claims 2m shockproof and 200kg crushproof rating, means it can be used as an action camera mounted in precarious locations, for example, used on a drone, on a weather balloon, or on a car, and more, however, the screen is not scratch resistant, so some care needs to be taken to protect this. 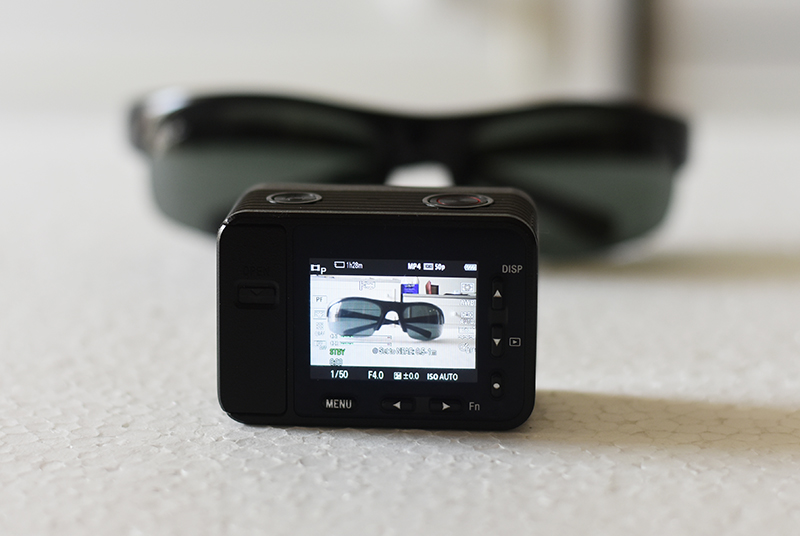 The Sony DSC-RX0 features a 20mp 1inch BSI CMOS sensor, which produces 15mp, 3:2 aspect ratio images. The lens is a wide-angle Zeiss Tessar T* 24mm equivalent (in 35mm equivalent terms), with a fixed aperture of f/4. On the back of the camera is a 1.5inch, 4:3 aspect screen with a resolution of 230K dots.  It can record FullHD video to MicroSD cards, and 4K video to an external recorder (optional extra). The camera is waterproof to 10m underwater without any additional case and has built-in Wi-Fi and Bluetooth.

The video is recorded at a resolution of FullHD, with frame rates of 25, 50 and 100fps available. If you want to record 4K video, then you’ll need to use an external recorder connected to the HDMI port. The dual video recording option becomes available when recording at 25fps so that you can record both to an internal memory card, and an external recorder at the same time. 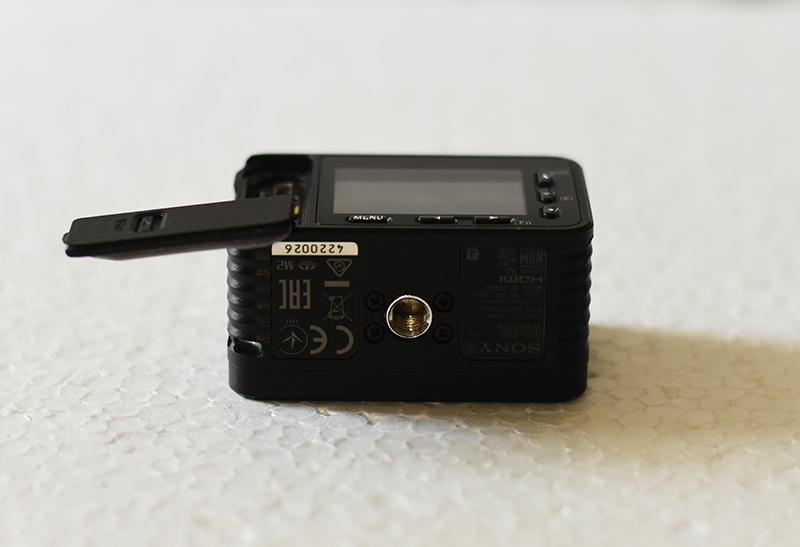 Manual controls are available, although you can’t change the aperture, as this is fixed at f/4. You can shoot raw and JPEG images. ISO125 to ISO12800 is available for stills and video, which extends to ISO25600 when using the multi-frame noise reduction option (JPEG only) – this combines a number of shots to reduce noise levels. Manual focus is also available, with focus peaking. 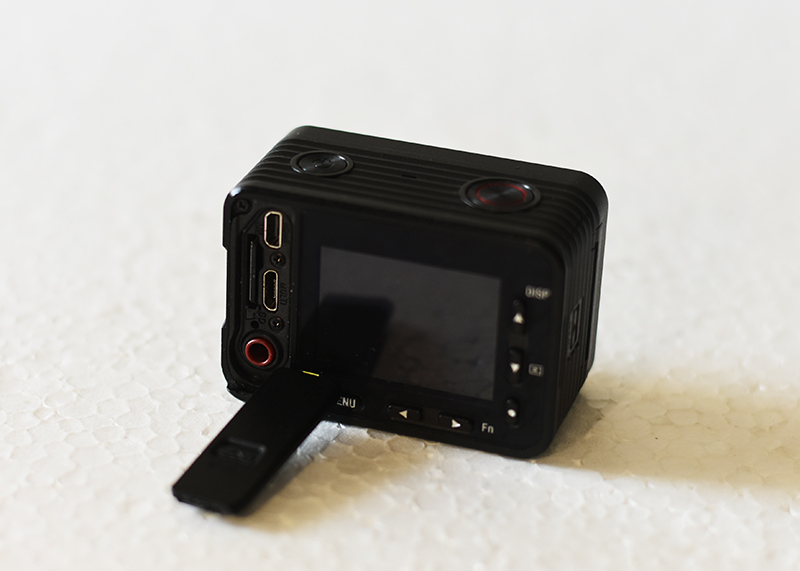 The Sony DSC-RX0 Wi-Fi and Bluetooth are built-in to let you control the camera from a smartphone or tablet. You can use multiple RX0 cameras, to shoot different angles, with the Sony Play Memories Mobile remote app letting you control up to 5 cameras at a time. Sony is developing a wireless and wired solution so that you can control more than 5 cameras. So if you looking to create your own 360-degree camera rig, you can do it with Sony DSC-RX0.

On the rear, next to the screen is a cover for the HDMI, MicroUSB, MicroSD (and M2) memory card slot, plus a microphone socket so that you can connect an external microphone. Underneath is a standard 1/4inch tripod socket, making it easy to use with any camera tripods and accessories.

Sony DSC-RX0 can be used to record videos in 4k quality but with an external device using the HDMI output. 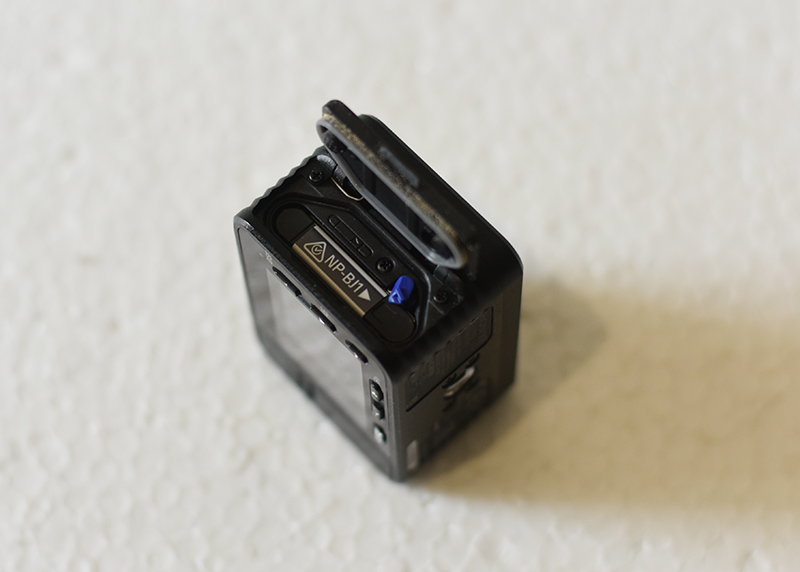 The RX0 uses a Sony NP-BJ1 (700mAh) battery, and the camera can be used with an external battery charger/power source connected. The camera battery is charged using the MicroUSB connection. 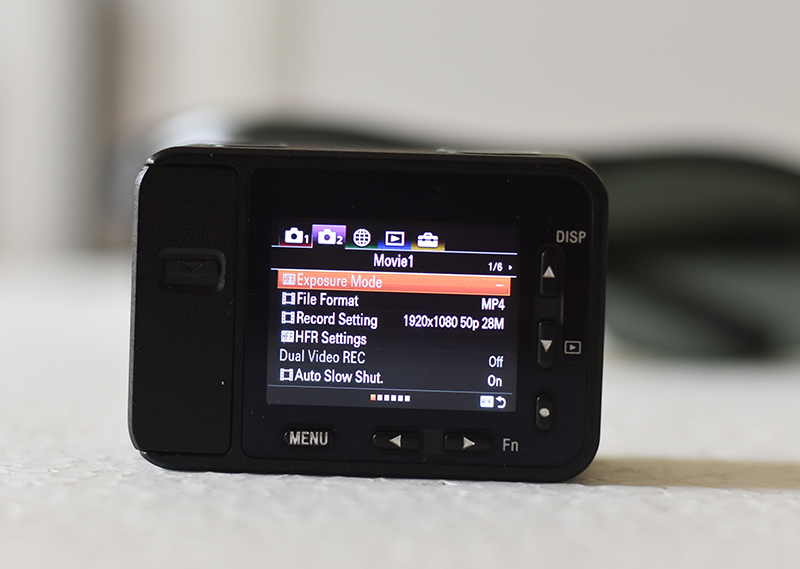 On top is the power button and shutter release button. The shutter release button is also used to start and stop video recording when in the video mode. If you intend to use the camera as both stills and video camera, then having just one shutter button could be a little frustrating, as having a separate photo and video buttons would have made it quicker to switch between shooting stills and video. Switching between the shooting modes don’t take too long, but is slower than having dedicated buttons for stills/video. 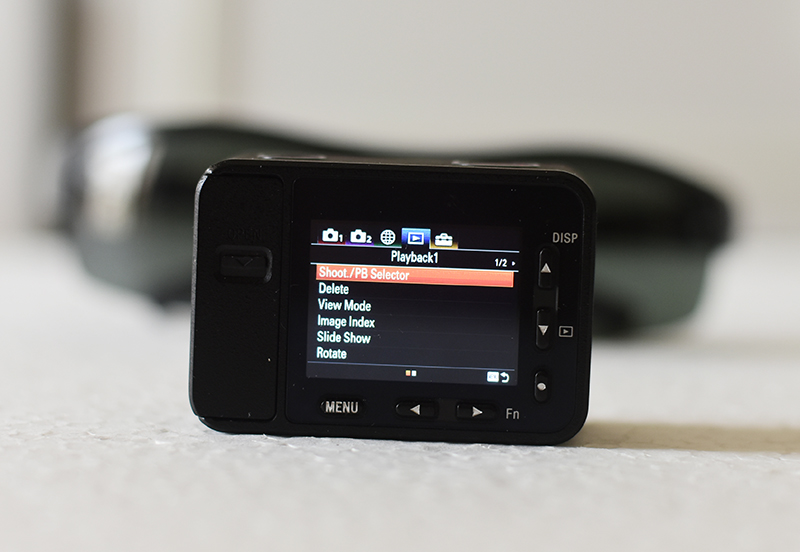 The main controls are on the back of the camera, with up/down, left/right buttons, plus a menu and OK/select button. The up button doubles as a display button, down can be used to enter playback, and right is an Fn button, when not in the menus.

It doesn’t take too long to get used to the controls on the camera, although the buttons are quite small, and the screen is also small, making text and icons potentially difficult to see if you have poor eyesight.

Viewing angles for the screen are very good, and the screen is clear (despite the small size) with good color saturation. Viewing the screen in bright sunlight can be a little difficult (as with most cameras). The screen is not a touch-screen. 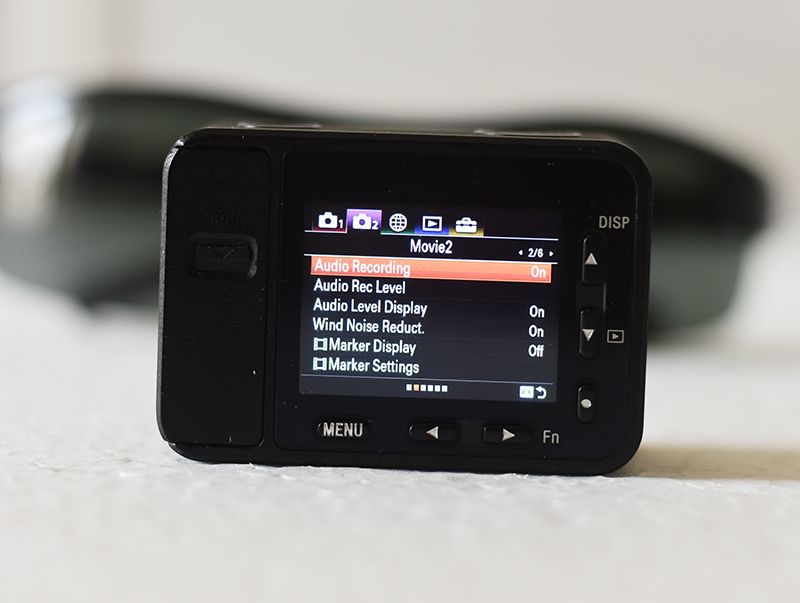 The battery is rated at 700mAh, which Sony says is capable of shooting 240 shots or recording 35 minutes of video. To extend this you can connect an external power source, such as a USB charger.

Image quality is good, particularly at lower ISO speeds, where you can see excellent detail. Images are sharp into the corners of the frame, and there are very low levels of distortion, with the camera automatically correcting this in camera. As the ISO speed increases, the detail is lost due to noise reduction. Thanks to the large sensor, images taken at high ISO speeds (up to ISO6400) are quite good, and still usable. Contrast can be lost when shooting into the sun, although the lens is quite resistant to flare.

Dynamic range is good on default settings when using the DRO (Dynamic Range Optimisation) setting. Using the HDR mode (which combines a number of shots automatically in-camera) can result in a slightly softer image, however, the additional dynamic range and colour saturation make images pop.

Video – The RX0 records FullHD video to a memory card, using XAVC S HD, AVCHD, MP4 compression formats. There are stereo microphones built-in to the camera. If you want to record 4K video and you can shoot clean, uncompressed files on the external recorder.

Pan Focus and Manual Focus (with focus peaking) are available in the video mode, but not auto-focus. When using Pan Focus it’s possible to switch to near focus (0.5-1m). The high-speed video modes don’t record sound.

Video recording will benefit from the use of some form of stabilization (whether that’s a tripod or gimbal), as the camera does not feature electronic image stabilization. 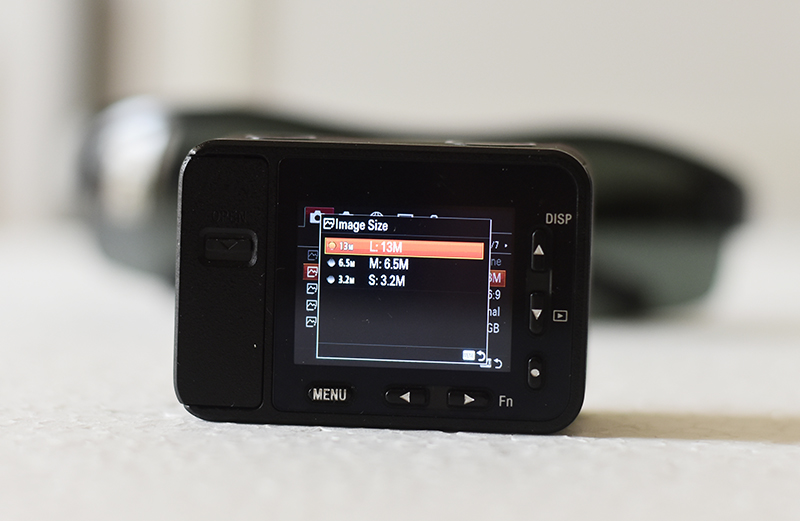 Sony DSC-RX0 is strong, a sturdy small compact camera with 1 inch CMOS sensor which you will not find in the action cam category. The large sensor means low-light video should be better than most action cameras, however, the lack of image stabilization could be a deal-breaker for some. There will be some, particularly in the professional market, that find the ability to use an external power source, plus a 24mm equivalent lens, unique and an almost perfect solution, perhaps for in-car recording, or other places where size is crucial. However, the lack of internal 4K recording makes the competition more appealing to everyone else. 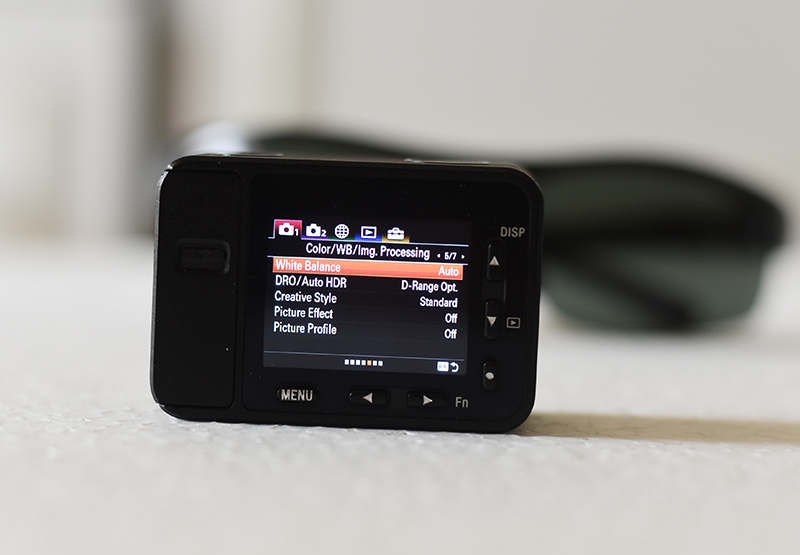 It’s difficult to find an exact competitor to the RX0, as it’s the only action camera to feature a 1inch CMOS sensor. But if you compare it with other action cams with features then it has a tough competition. Like the GoPro Hero 5 and Nikon KeyMission 170, both record 4K video at 30fps, or the new GoPro Hero 6  which records 4K video at 60fps. They also offer electronic image stabilization for FullHD video recording. But again with 1 inch CMOS Sensor and sturdy, 2m shockproof and 200kg crushproof and 10 m waterproof has its advantages compared to its action cam competitors. Priced on Souq.com at AED2228 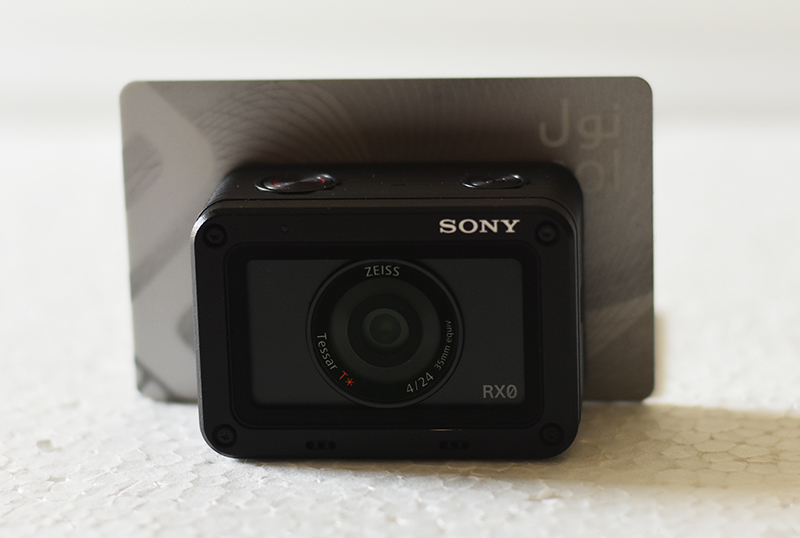