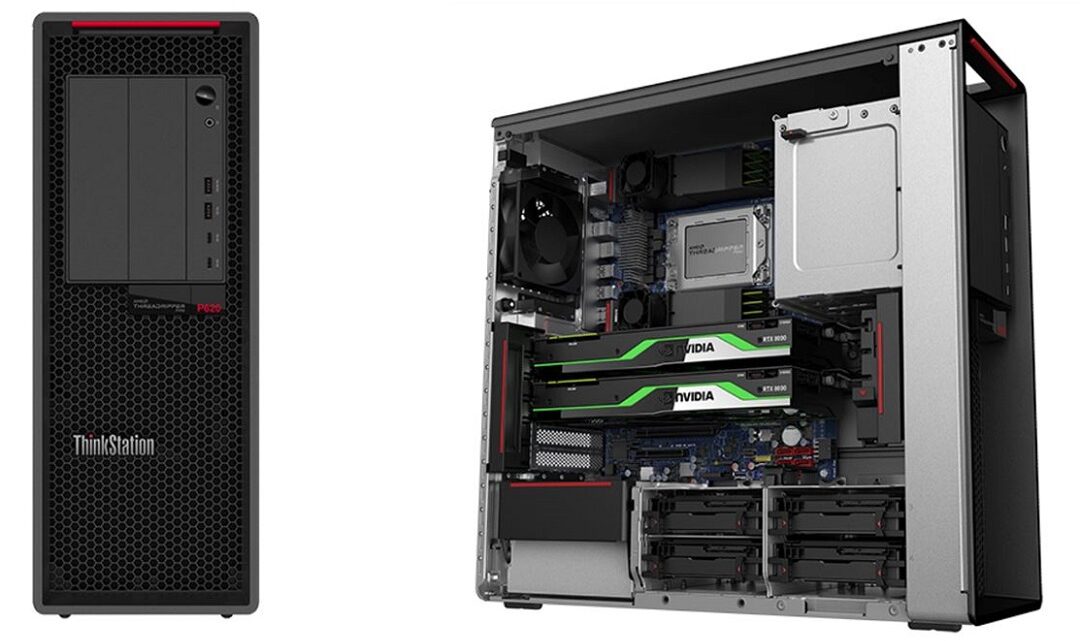 Lenovo’s launches the ThinkStation P620 and adding the first-of-its-kind workstation to the tower portfolio. As the first and only professional workstation powered by AMD’s brand-new Ryzen Threadripper PRO processor, the new workstation brings together unprecedented levels of power, performance and flexibility in a single socket CPU platform.

Today’s digital creation environments are packed with ever-scaling projects and increasingly complex workflows. From design and visualization to rendering and AI, enterprise users require a workstation that can not only keep pace but outperform what was previously possible.

The World’s First and Only 64 Core Workstation

Lenovo claims to have built the world’s first and only 64 Core Workstation.  ThinkStation P620 offers unparalleled power and performance, as well as the configurability to meet each customer’s unique needs in a way that wasn’t possible until now. By leveraging AMD’s Ryzen Threadripper PRO Processor, Lenovo is delivering the only 64 core workstation platform – a new industry standard. Threadripper PRO processors also offer clock speeds up to 4.0GHz, 128 lanes of PCIe 4.0 bandwidth and 8-channel memory support. In addition to speed and flexibility, Lenovo customers now have unmatched core counts for multi-threaded workloads in a single socket platform – rivalling competing dual-socket solutions.

Prior to today, traditionally the max core count that a single-CPU system could handle was 18 cores, while the highest a dual-processor system could support was 56. The ThinkStation P620 unlocks a new era of what can be accomplished with a single CPU workstation. Now users can achieve seamless 8K streaming in real-time, reduced render times, ultra-fast simulation solving, quick assembly rebuilds and smooth interactivity with 3D assets all without having to scale to a dual-socket system.

Delivering on the Promise: Enterprise-Class Features, Reliability and Flexibility

The ThinkStation P620 delivers more than unmatched processing potential, with flexible GPU configurations, faster memory, quicker storage transfer speeds, and 10GB of built-in Ethernet – a new standard in connectivity. Lenovo designed and built the ThinkStation P620 to be the most versatile workstation on the market, removing the bottlenecks to allow performance to scale and user productivity to soar. This includes support for up to two NVIDIA Quadro RTX 8000 or four RTX 4000 graphics cards, up to 1TB of memory and 20TB of storage. And when speed is king, this enterprise-grade powerhouse is the first and only PCIe Gen 4 workstation available today – offering twice the bandwidth of PCIe 3.0.

Built to harness these high-end components, the P620 takes care to support their reliability and stability. For example, the advanced design of the processor also brings increased thermal requirements. Leveraging a unique air-cooled solution, Lenovo and AMD collaborated to create a custom-designed heat sink.

“Our customers rely on us to deliver professional-grade solutions that are powerful, but nimble enough to be customized as their needs change and evolve,” said Rob Herman, General Manager, Workstation and Client AI Business Unit, Lenovo. “One of the challenges for IT departments we’ve seen is the push to try new technologies before they’ve been vetted – lacking enterprise-grade features, certifications and security, and support. We’ve worked closely with AMD, ensuring the ThinkStation P620 removes all these barriers and gives users the support they need. Built on AMD’s versatile and extremely scalable Ryzen Threadripper PRO Processor there are no limits to what can be accomplished.”

The ThinkStation P620 is designed to work within some of the most demanding professionally managed IT environments and provides essential enterprise-grade features. Lenovo’s rigorous standards and testing, ThinkStation Diagnostics 2.0, ThinkShield support, upgrades to Premier Support and a three-year warranty, deliver the peace of mind needed to work confidently and more securely. 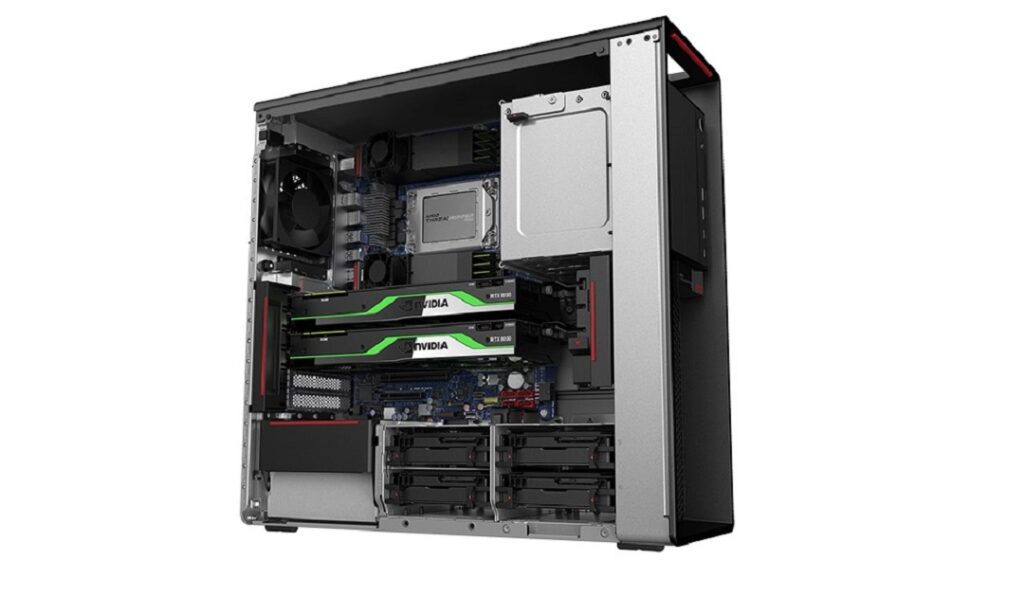 “As the unique demands of today’s visual artists, architects, and engineers become more complex, AMD and Lenovo are teaming to bring the performance, flexibility, and reliability required to handle these workloads”, said Jason Banta, corporate vice president and general manager, OEM client business unit, AMD. “Powered by the new AMD Ryzen Threadripper PRO processors with industry-leading performance and unrivalled bandwidth, the ThinkStation P620 is ushering in the new standard for professional computing. By partnering with Lenovo, we have created a product that truly redefines workstations as we know them.”

Ideal for power users across industries, now, 3D artists and game developers have a single machine on which to create, edit and build the media and entertainment experiences of the future. Those working across architecture and engineering can design, simulate and visualize products more efficiently. Even users working in artificial intelligence and virtual reality can now take advantage of the ThinkStation P620 as it redefines the segment and allows them to get even the most complex jobs done faster.

“There are multiple stages involved when it comes to building Unreal Engine, cooking content for our games, and powering applications in media and entertainment,” said Pat Swanson, IT engineer at Epic Games. “Previously, we always had to choose between either high core count or high clock speed. The Lenovo ThinkStation P620 powered by AMD’s Ryzen Threadripper PRO Processor is optimized for both aspects in a way that previous HEDT CPUs never quite were. It provides groundbreaking performance for everything from professional visualization and simulation to compiling and building for game development, whether the team is working from home or in the office.”

With ground-breaking performance and unprecedented professional graphics support, Lenovo is pushing the boundaries of what’s possible. Combining the power of AMD’s Ryzen Threadripper PRO processor with a fully customized and scalable chassis, the ThinkStation P620 has reimagined the traditional workstation, fine-tuned for multi-threaded applications. The ThinkStation P620 will be available starting in September 2020. To learn more about the newest addition to Lenovo’s workstation product portfolio, visit www.lenovo.com/p620.