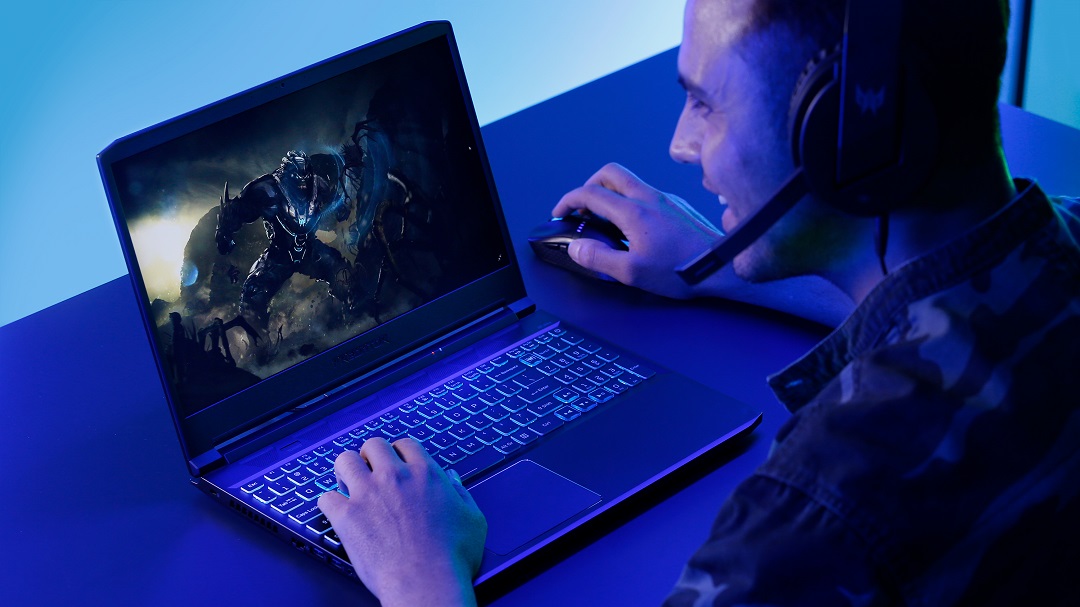 Acer has announced significant new updates to four of its popular gaming notebooks: the Predator Helios 700, Predator Helios 300, Predator Triton 300 and Nitro 7. These new refreshed models bring exciting updates across the board, giving gamers of all levels and types something to look forward to.

The notebook lines now include the latest 10th Gen Intel® Core™ H-series processors for desktop-calibre performance that can be taken anywhere. NVIDIA® GeForce RTX 2080 SUPER™ or RTX 2070 SUPER GPUs deliver the performance needed to drive fast displays with high refresh rates for blur-free seamless visuals in even the most demanding of AAA games. To keep the notebooks operating at peak performance and optimal temperatures, Acer has equipped the notebooks with enhanced thermal designs, new cooling technologies and additional heat pipes.

Predator Helios 700 – A Notebook That Can Replace Your Desktop 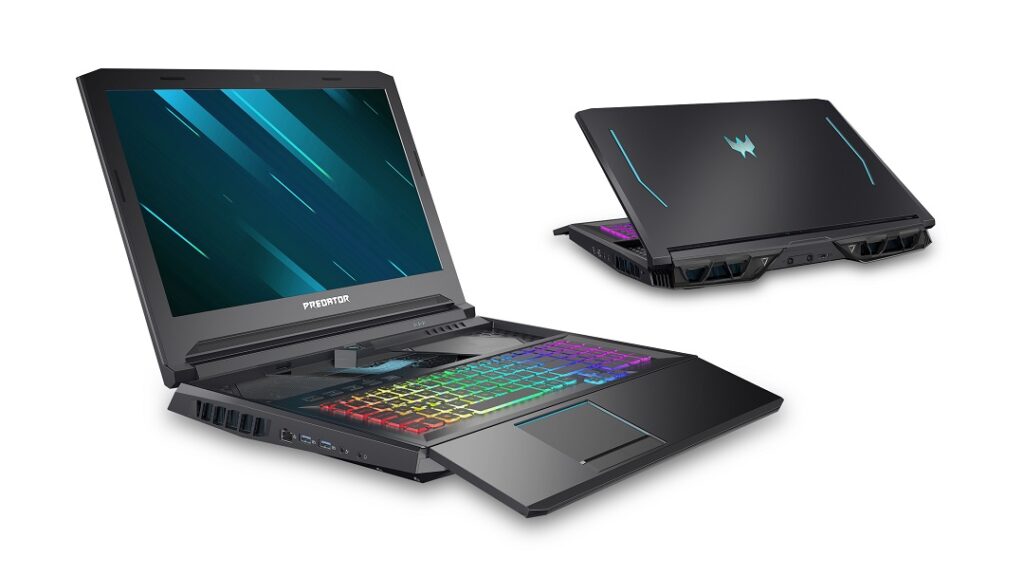 The Predator Helios 700, featuring the iconic sliding HyperDrift keyboard, has been upgraded to include either an overclockable 10th Gen Intel Core i9-10980HK or i7-10875H processor and NVIDIA GeForce RTX 2080 SUPER or RTX 2070 SUPER GPUs.

The keyboard, which features per-key RGB lighting and anti-ghosting, has been updated to include MagTek mechanical switches for the WASD keys and a set of new racing keys which offer increased precision. Designed for racing games, they feature 1.5 mm of keycap curvature that enables gamers to make finer and more controlled movements in-game. Gamers can swap the standard WASD keys on the keyboard out with the included MagForce keys and racing keys, choosing the set best suited for the game they’re playing. Once swapped, gamers can use the Predator Sense app or press the P3 hotkey to adjust the keys’ lighting and actuation point. 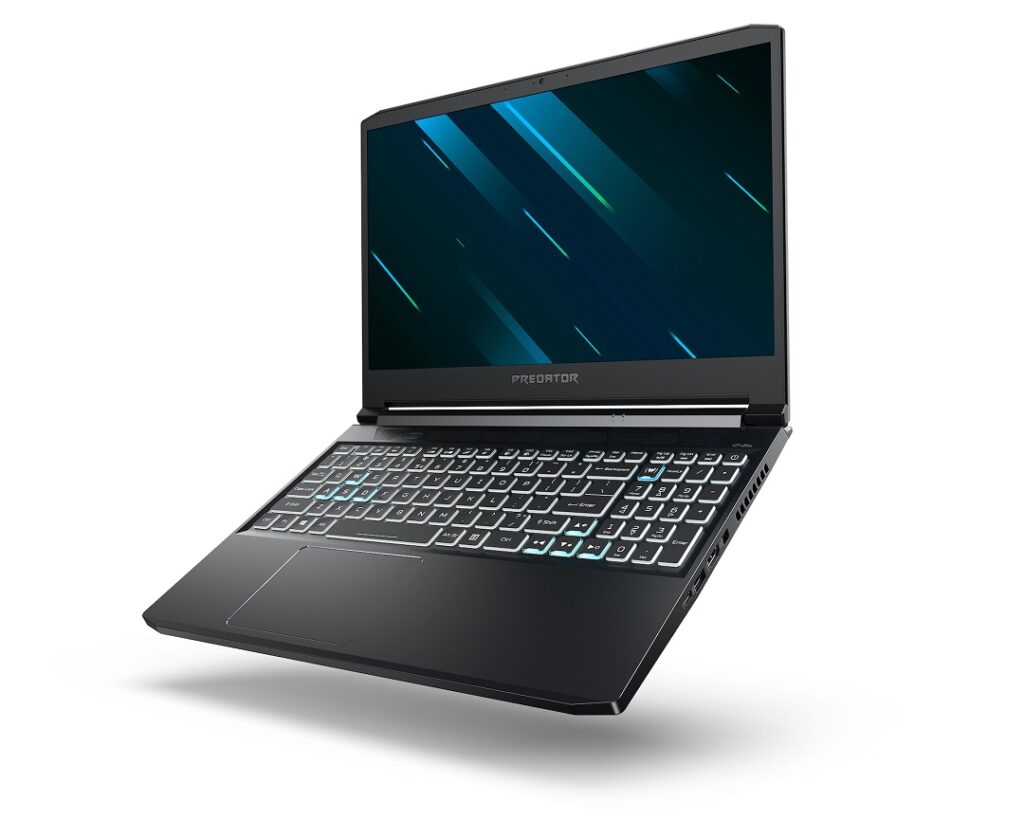 Acer’s popular Predator Helios 300 has raised the bar for gaming notebooks, offering the best performance, at a competitive price. Now available with the latest 10th Gen Intel Core H-series processors, overclockable NVIDIA GeForce RTX 2070 GPU with Max-Q Design and a 240 Hz 15.6-inch FHD IPS display with 3 ms overdrive, the newest Helios 300 has cemented its reputation as one of the most powerful and feature-packed yet affordably-priced gaming notebooks available. It also supports up to 32 GB of 2933 MHz DDR4 memory, two PCIe NVMe SSDs in RAID 0 configuration and up to a 2 TB hard drive, delivering the speed and storage necessary to maintain large libraries of AAA games and movies.

Enhancing the overall performance and gaming experience, DTS:X Ultra Audio delivers high-end 360-degree surround sound for experiencing media in a realistic spatial soundscape. With headphones, it provides an authentic audio experience letting sounds be heard as they were meant to be, whether near or far, and features specially tuned sound modes that have been optimized for different game genres (strategy, RPG or FPS). 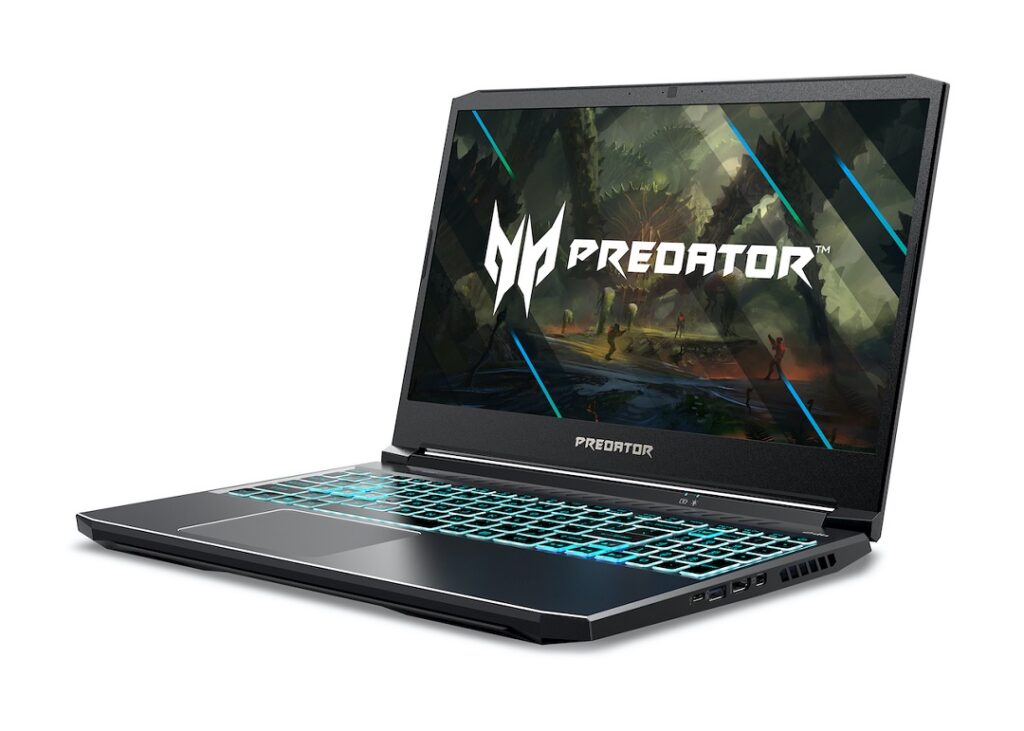 Acer’s powerful but slim Predator Triton 300 gaming notebook has been refreshed to include a 10th Gen Intel Core H-series processor, up to NVIDIA GeForce RTX 2070 GPU with Max-Q Design and a 240 Hz display refresh rate. The 15.6-inch FHD IPS display also features a 3 ms response time, 300 nits brightness and supports 100% of the sRGB colour space, making it ideal for both gaming and content creation. It further supports up to three M.2 SSDs (one PCIe, two combos), providing an abundance of storage plus the lightning-fast transfer rates and speed that gamers crave.

Three heat pipes have been added to the device’s advanced thermal design, which also includes a dual-fan cooling system (featuring one 4th Gen AeroBlade 3D metal fan), CoolBoost technology and strategically placed intake and exhaust vents. All this performance is housed in a thin and lightweight metal chassis that measures just 19.9 mm (0.78 inches) thin and 2.1 kg (4.63 lbs), making it easy to game on the go.

Nitro 7 – Sleek Metal Design for Gaming on the Go 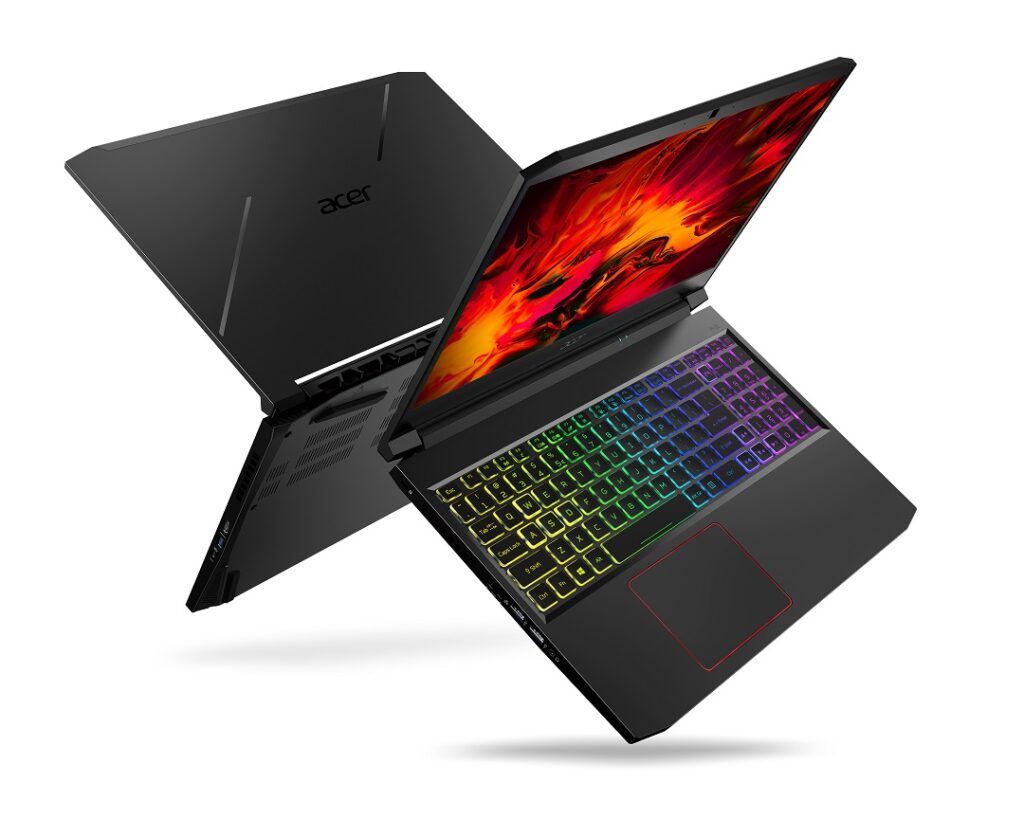 Acer’s updated Nitro 7 is another option for gamers seeking portability. Its sleek metal chassis measures just 19.9 mm (0.78 inches) thin and 2.5 kg (5.51 lbs), but still manages to pack in a 10th Gen Intel Core H-series processor and up to a GeForce RTX  2060 GPU. With up to three slots for high-speed M.2 SSDs, up to 1 TB in RAID 0 configuration, up to 32 GB of DDR4 2933 memory, Killer Ethernet E2600 and Intel Wi-Fi 6, game load and response times are incredibly quick.

The Nitro 7’s thermal design includes dual fans, a quad exhaust port design and Acer CoolBoost technology, which can be enabled in NitroSense to increase fan speed by 10% and CPU/GPU cooling by 9% compared to auto-mode. On top of the performance this makes possible, a 15.6-inch non-glare FHD IPS display with a 144 Hz refresh rate and 3 ms response allows for sharp visuals and smooth, blur-free gameplay.

The Predator Helios 700 gaming notebook will be available in North America in October starting at USD 2,399.99; in EMEA in September starting at EUR 2,699; and in China in August, starting at RMB 44,999.

The Predator Triton 300 gaming notebook will be available in North America in September starting at USD 1,299.99; and in EMEA in July, starting at EUR 1,399.

The Nitro 7 gaming notebook will be available in North America in October starting at USD 999.99; and in EMEA in July, starting at EUR 1,299.