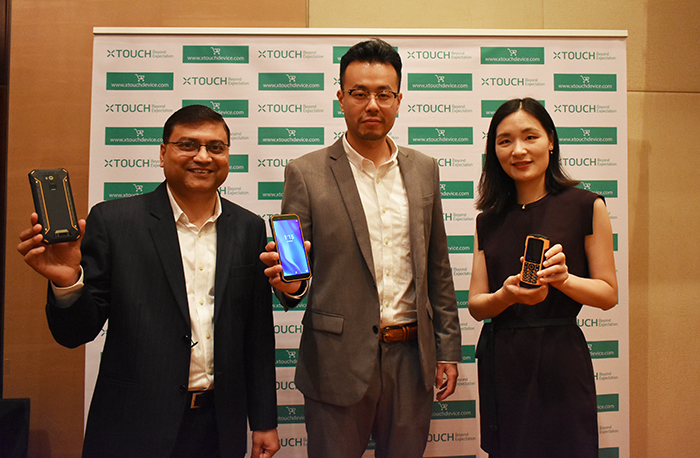 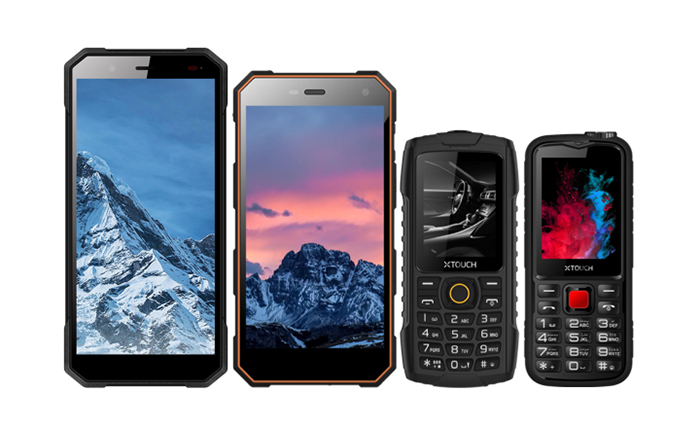 XTouch, the leading Dubai headquartered consumer electronics company announced the launch of the Robot family range of rugged mobile phones that include the smartphones XBot Senior and XBot Junior, and feature phones XBot Swimmer and XBot Champ. Geared to withstand tough environments, they are durable in severe operational environments as well as for daily usage. The new launch is in continuity to the company’s strategy to bring advanced technology to the masses at affordable costs. 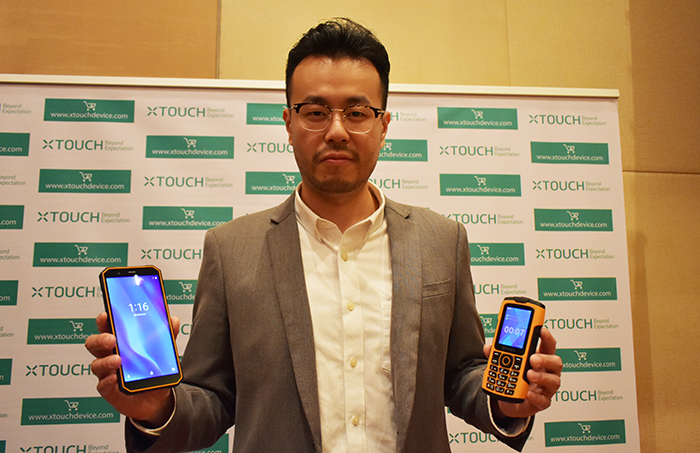 “We believe that technology is the lifeline of the future. Within the communication and mobile phone arena, we foresee a very optimistic route for us. However, our way forward continues to be focused on incorporating technology advancements into the mid and lower markets. We are extremely proud to introduce the XTouch XBot Senior as one of the first IP69 rated phones that makes it the toughest phone with incredible assets. Our other Robot Family models also have their uniqueness that comes at a fraction of the cost,” said, Tim Chen, Founder and Managing Director, XTouch.

In the Middle East region, given the extreme physical environments in several business domains, the XTouch Robot Family smartphone models will appeal to a wide spectrum of users. The dominant features also add to the convenience of using the phones in more social activities and within the home as well. Xtouch has always been bringing in products especially phones at affordable prices, the most unique thing about them to bring Xbot series in the range which can appeal to basic phone user to a smartphone user too. 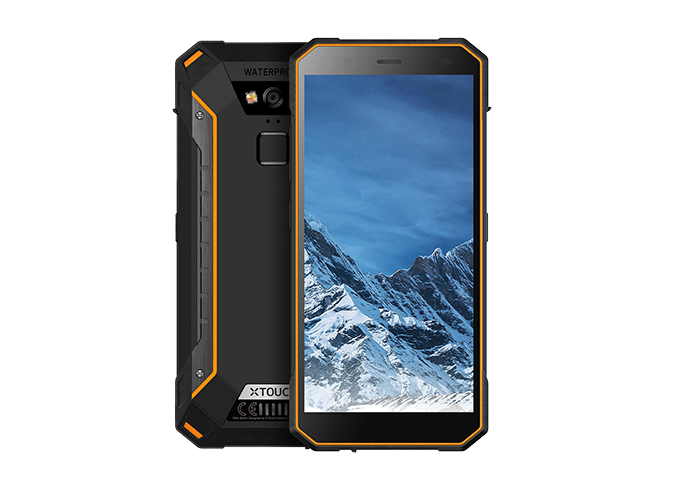 The XBot Senior flagship device with 5.8 Inches HD+ IPS  in the XBot family of phones which is one of the first IP69 certified smartphones which makes it the toughest phone that terms of drop, dust, water and jet spray proof. The phone has successfully passed the certification process which can withstand jet hose spray which is tested under high temperature up to 80°C and high pressure from different angles. The ruggedness of the phone makes it convenient and safe to use in sporting activities such as skateboarding, swimming, diving, and hiking. It is also equipped to handle the harsh site and construction areas, outdoor camping and desert safaris. On a daily basis, the XBot Senior is good to use in crowded metros, around kids and busy kitchens as well as wet bathrooms. 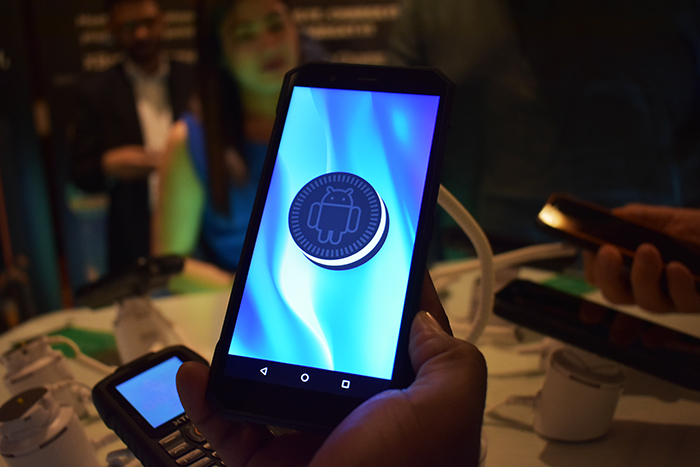 XBot Senior runs on Android 8.1 OS and is powered by MediaTek 6739V which delivers premium performance and enables faster LTE connection. With its 3GB RAM and 32GB ROM that is expandable to 128GB storage, it ensures smooth operation. It also comes equipped with 5000mAh battery, 13MP rear camera, and a fingerprint sensor. 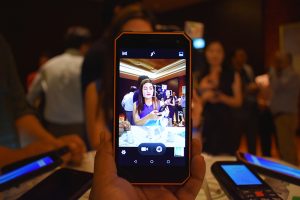 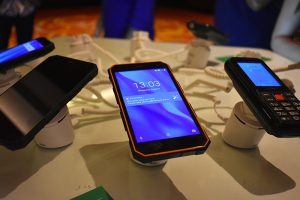 XTouch’s-XBot-Senior, one of the world toughest smartphone

The display is protected by Gorilla Glass 3 by Corning, it has dual SIM card, has 13MP rear camera and 8MP Front camera. It has USB Type-C charging with 5000mAh battery and has a finger sensor on the back of the smartphone. It has the Bluetooth 4.1, Wifi, NFC and 2G/3G/LTE networks. With NXP Audio Amplifier, the smartphone has decent sound quality and even it is fully packed to make it rugged, dust and splash proof. It comes in 2 colors – Charcoal Black, Fire Black. Price: AED 1234 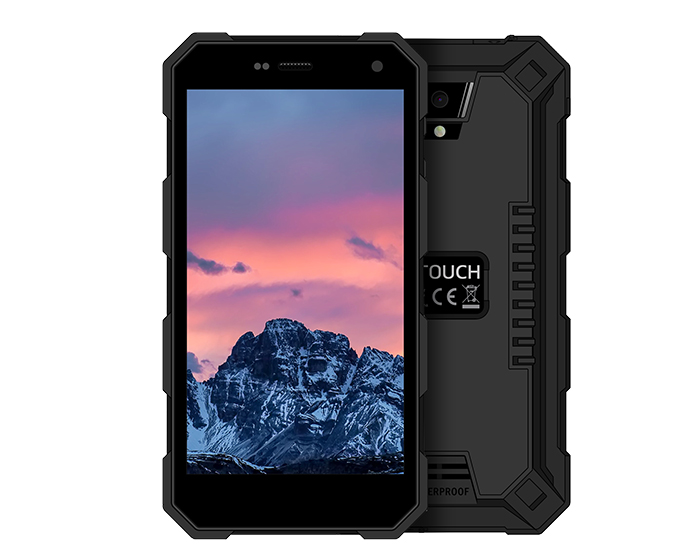 XBot Junior similar to the XBot Senior but is IP68 certified smartphone with 5 Inches HD IPS display, protected by Gorilla Glass 3. The smartphone has MediaTek 1.5 GHz Quad-Core chipset with 2GB RAM and 16GB ROM. It has dual SIM card slots and expandable to 128GB with a microSD card. XBot Junior also runs on the Android 8.1 OS with the 8MP rear camera and 2MP front camera. As the XBot Senior, the Junior also has 5000mAh battery but with microUSB for charging. It has the Bluetooth 4.1, Wifi, NFC and 2G/3G/LTE networks. It comes in 2 colors – Charcoal Black, Fire Black. Price: AED 999 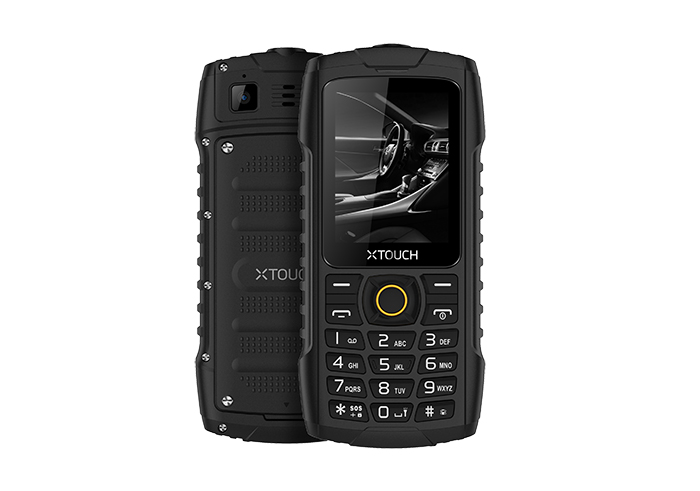 XBot Swimmer is the Symbian Technology featured phone which has a unique feature that it can float on water. So as mentioned in the press conference, this featured phone can be the second phone for the adventurous user to take to places where they are worried about losing it in the water. It is IP68 rated certified phone with similar rugged features of the XBot family and has a torch function which is quite bright. Being a feature phone, it has a 2.4inch display with dual SIM card slot with a memory of 4MB+4MB and expandable 32GB with a microSD card. 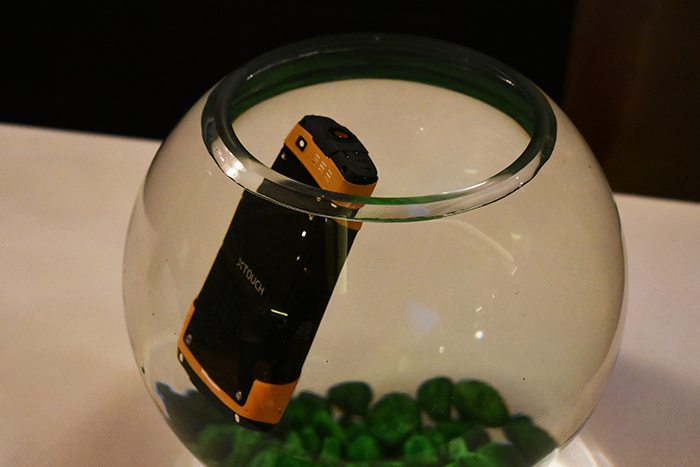 XBot-Swimmer-unique feature-phone can float on water and has IP68 rated certified.

It supports only 2G network, it has Bluetooth, Wireless FM, a basic camera, an SOS button, microUSB for charging and 2500mAh battery. Other unique feature of the phone, it has USB Type A (Female pin) and it can be used as a power bank to charge your other products. It comes in 2 colors – Charcoal Black, Fire Black. Price: AED 199. 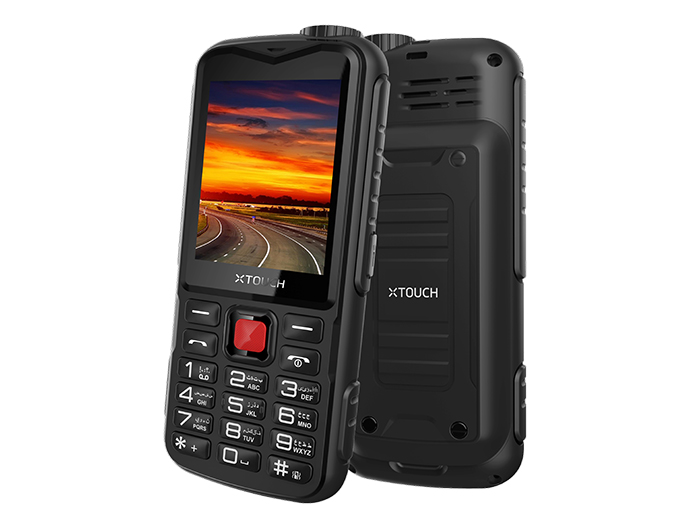 XBot Champ is similar to Xbot Swimmer, a Symbian Technology featured phone but doesn’t have the floating feature but has 5000mAh battery which doubles as a power bank with help of USB Type A (Female pin). This is a feature phone is also IP54 rated certified phone with rugged, dust and splash proof features. 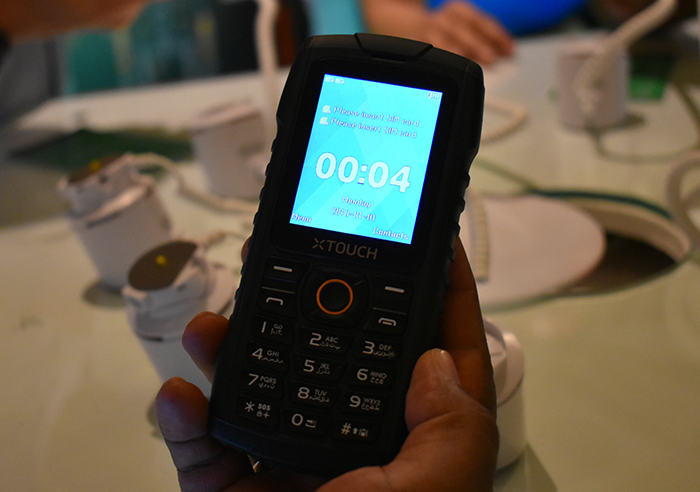 As the XBot Swimmer, it has a bright LED light torch, it has a 2.4inch display with dual SIM card slot with a memory of 4MB+4MB and expandable 32GB with a microSD card. It supports only 2G network, it has Bluetooth, Wireless FM, a basic camera, an SOS button, and microUSB for charging. It comes in 2 colors – Charcoal Black, Fire Black. Price: AED 111. 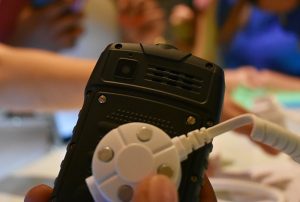 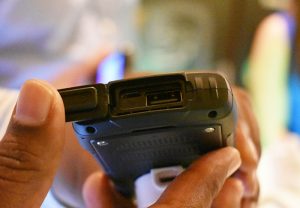 The range is now available on the company’s eCommerce platform, www.xtouchdevice.com and Carrefour outlets across UAE. The eCommerce platform comes with the easy option of free shipping, cash on delivery as well as free pick up and repair services.