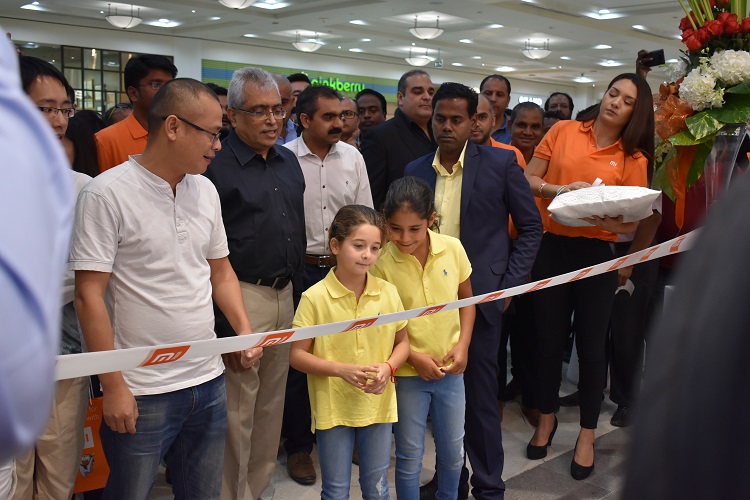 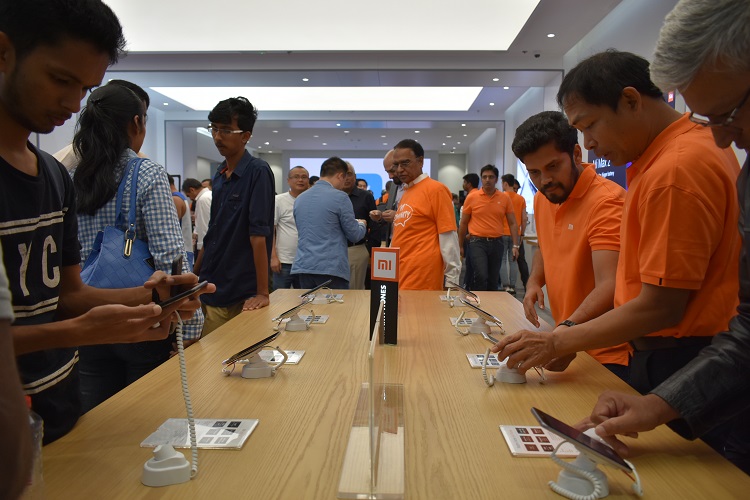 The Xiaomi invited the media to the opening of the 2nd brand store in Dubai at City Center Deira.  In partnership with its local distributor TASK FZCO, Xiaomi invited the Xiaomi’s MI Fans and showered with gifts and contest which included T-shirts and other technological products. This highlights Xiaomi’s unwavering efforts to bring more innovative products at accessible prices to Mi Fans in the Middle East and North Africa (MENA) region. 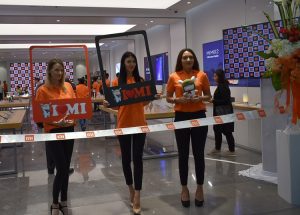 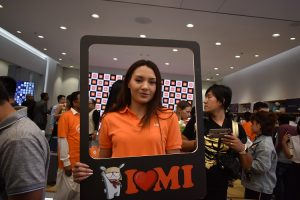 Xiaomi global technology leader has already made it’s mark in India with being No1 smartphone seller in the country and hopes to reach the similar level in this region, as said by Ravi Mathew, Chief Operation Officer of TASK FZCO. According to IDC report, the company has moved back into the top five ranking worldwide in the third quarter shipments with the strongest gain, doubling its sales to 27.6 million units, driven mainly by success in India. 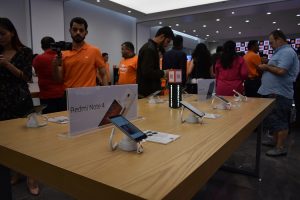 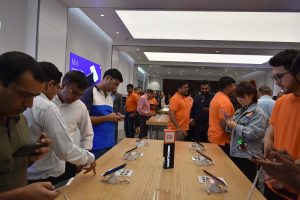 Located at Deira City Centre in Dubai, the company’s second physical store is the largest of its kind in the region and features a wide range of Xiaomi products—providing customers in the UAE and other MENA nations with best-in-class experience of its top offerings, from Xiaomi’s smartphones such as the flagship Mi 6 to Mi Ecosystem products including Mi Air Purifier 2, Mi Band 2 and the 10000mAh Mi Power Bank, among others. Customers can also purchase the recently launched Mi A1 and Redmi Note 5A at the new store. 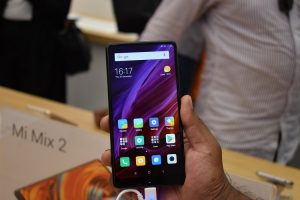 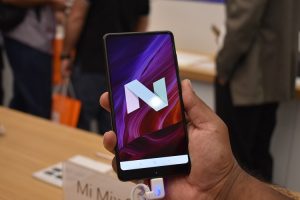 At the opening ceremony today, it was announced that Xiaomi’s flagship smartphone Mi MIX 2 is available across the UAE. As a gorgeous evolution of Mi MIX, the revolutionary concept phone launched in the local market this February, Mi MIX 2 is 11.9% smaller, and has a 5.99-inch screen with a 18:9 full screen display, which delivers a stunning appearance with the screen almost entirely filling up the front surface. 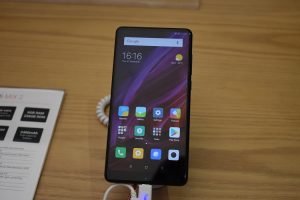 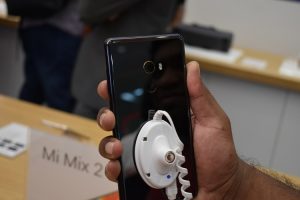 Jointly designed with world-renowned designer Philippe Starck, Mi MIX 2 represents Xiaomi’s efforts in pushing ahead with the use of ceramic. It has a beautiful ceramic back, which features a four-sided curved design that transitions smoothly into the aluminum frame. 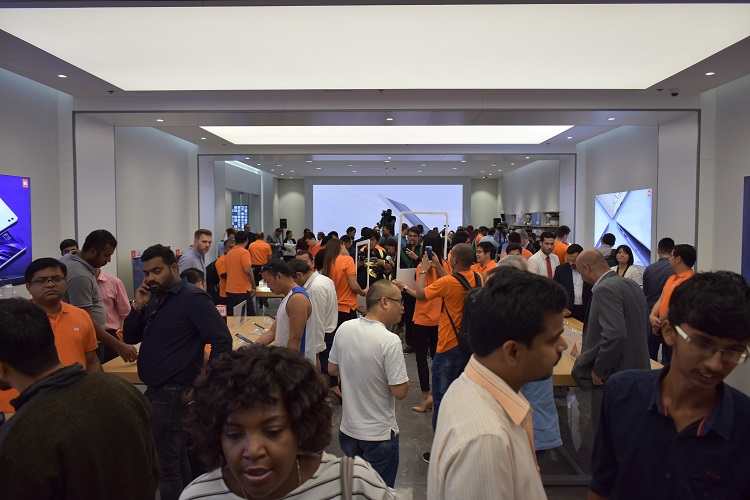 Raymond Tian, Xiaomi’s Global Strategy Director, said: “The opening of our new Authorized Mi store reflects our commitment to provide UAE customers with greater accessibility to our broader product range. They will not only experience a rich array of Xiaomi’s smartphones and Mi Ecosystem products, including Mi Band 2, Mi Power Bank, Mi Bluetooth Speaker and more, but also purchase them directly.”

“The UAE with its immense potential is a key market in our expansion strategy in the MENA territories thanks to its rising economy, growing middle class, surging consumer confidence in technology, and increasing domestic consumption. Xiaomi, which is at the forefront of cost-efficient technological innovations, will capitalize on these many local and regional growth opportunities as we aspire to be seen as a leading technology company in the regional,” Tian added. 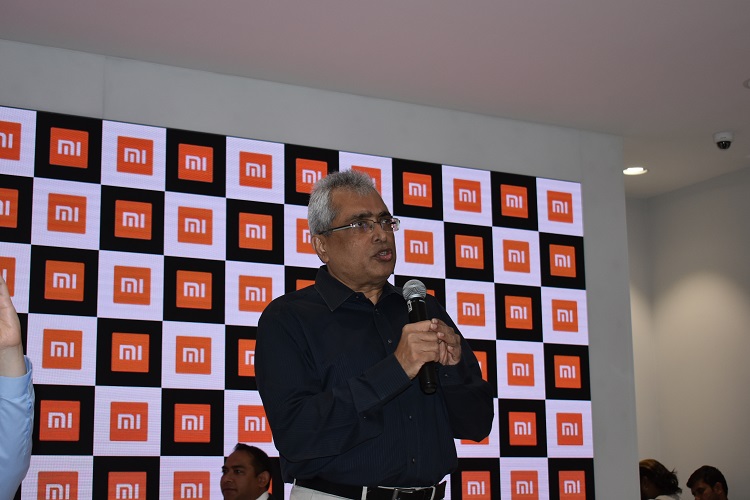 Ravi Mathew, Chief Operation Officer of TASK FZCO, said: “The overall mobile market in the region is changing rapidly. The UAE is responding well to the introduction of connected smart handheld devices available at affordable prices. And since its entry into the UAE market, Xiaomi has seen remarkable growth. TASK is more than pleased to continue our partnership and collaboration with Xiaomi to enable more people to enjoy Xiaomi’s high-quality products with amazing prices.”

The new Authorized Mi store is located on the third floor between VOX cinemas and dine-in food court at Dubai Deira City Centre. 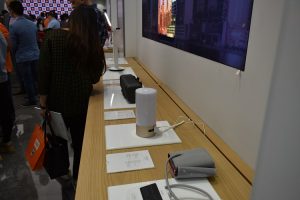 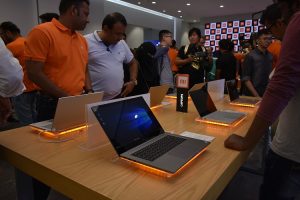 More information about Xiaomi products can be found here: http://www.mi.com/mea/