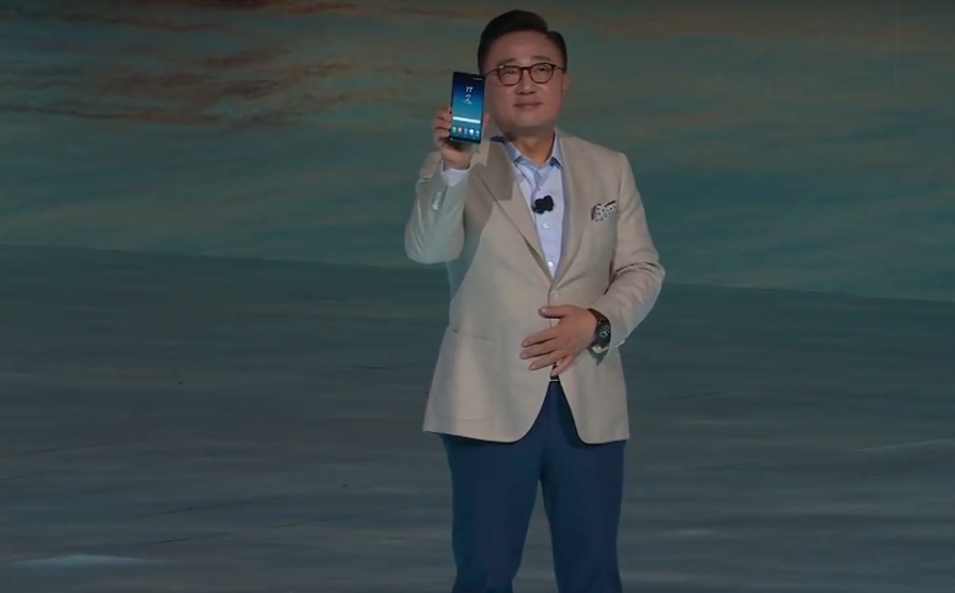 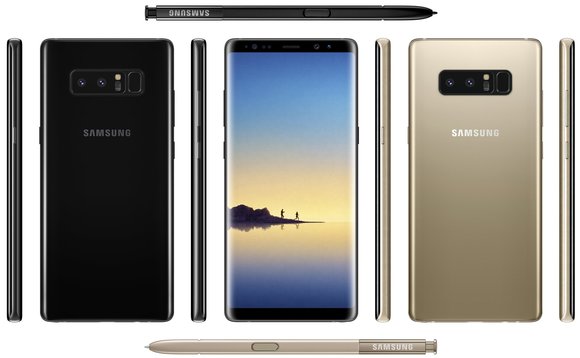 Finally Samsung Galaxy Note 8 launched in New York City (USA) with all the light show  and with 3d mapping as usually Samsung does during the launch. 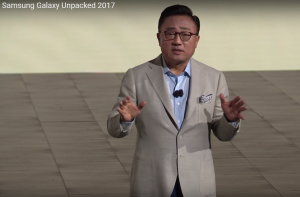 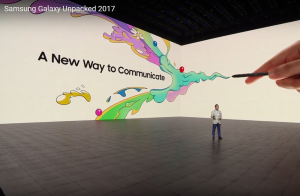 Samsung Mobile Communications Business President DJ Koh gave brief introduction about Samsung Galaxy Note series and how it is evolved down the years including the last years disaster and recall back of the Samsung Galaxy Note 7. He expressed his gratitude to the Note community for the support and said the company will “never forget what happened last year”

Later he spoke briefly about the phablet Samsung Note 8 with showing the product to the audience at the venue and people watching online across the globe. 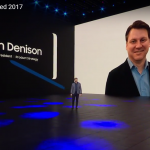 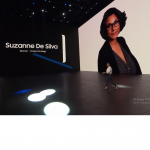 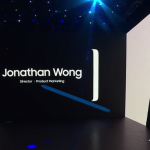 So let us talk about the newly launched Samsung Galaxy Note 8 and its features: 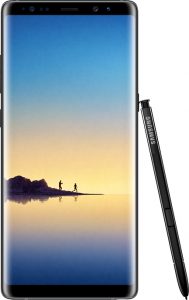 Mostly talked about the Note 8 was the size of the display which is confirmed to be Super AMOLED 6.3 inches with QHD+ 1440 x 2960 pixels protected by Corning Gorilla Glass 5 . It is little bigger than the Samsung Galaxy S8 Plus (which is Super AMOLED 6.2 inches with 1440 x 2960 pixels). Samsung has kept bezels to a minimum once again (Infinity display) and giving you an almost all-screen front to the phone with only the top and bottom bezels.  Dimension  – 162.5 x 74.8 x 8.6 mm with weighing 195 g and Single SIM (Nano-SIM) or Hybrid Dual SIM (Nano-SIM, dual stand-by). Screen is widescreen 18.5:9 aspect ratio.

The Samsung Galaxy Note 8 has a software called ‘Samsung Experience”, running atop of  Android Nougat 7.1.1. As for the chipset, USA and China will have the latest Snapdragon 835 and EMEA maybe get the Exynos 8895 Octa.

In the launch, they spoke only about 6GB RAM and 64GB ROM for the Samsung Galaxy Note 8 but as per GSMarena looks like there are options for 128GB ROM and 256GB ROM. On the top of the Note 8 smartphone, it has  separate dedicated microSD slot which can take a  256GB microSD card. So good news for the people, who want lot of space. 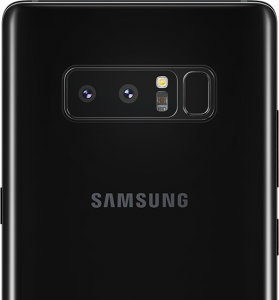 In launch they spoke about the Wide angle mode and tele 2x optical zoom function and also about Live Focus in which you can blur the background and give prominence to the subject in your photo. Basically bokeh feature which is already present in Apple Iphone 7s and off course Huawei Mate series and P10 series, but added feature on Note 8, you can compare the original picture and digital bokeh feature on a click of a button. Another good feature the dual camera has image stabilization while photograph and video recording. 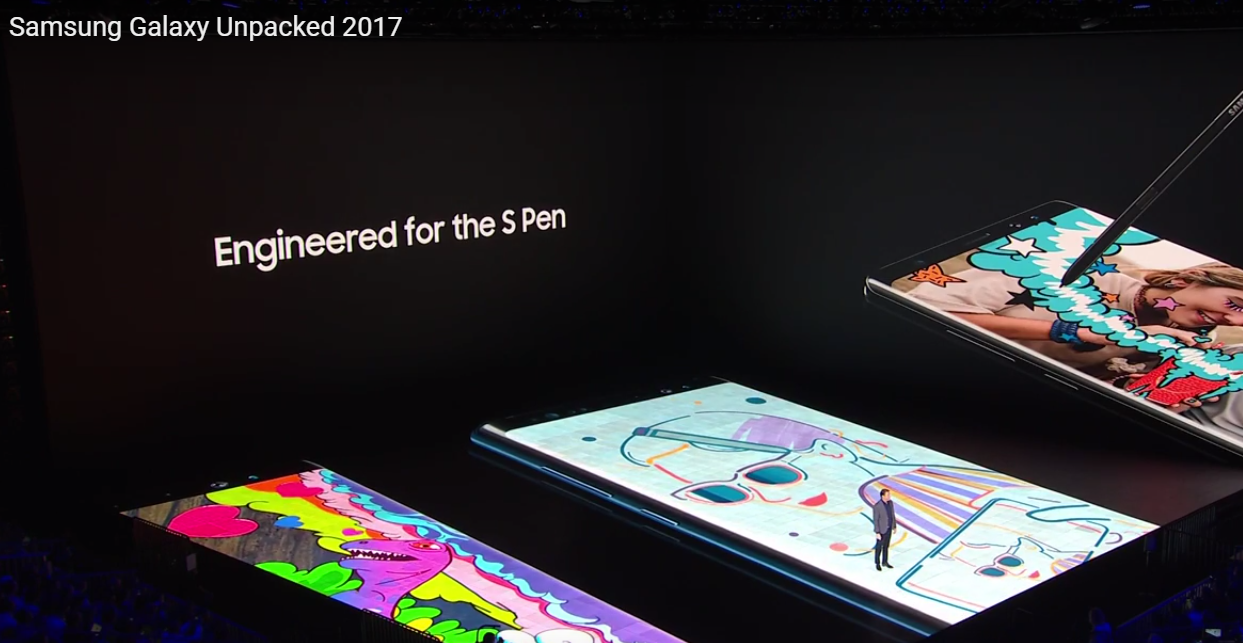 This is the feature which makes Note 8 different from all the other Samsung Galaxy smartphone. The new S pen (Stylus) is (IP68) and housed inside the Samsung Galaxy Note 8 body. Samsung has improved the pressure sensitivity (offering 4,096 levels of pressure sensitivity to be exact) of the S Pen and given it a new, finer tip, providing you with a more responsive and accurate stylus. The new features Samsung has added to the S Pen is the ability to draw images and then send them as animated GIFs, while handwriting has also been improved. Another feature about the S Pen’s translate function which allows you to hover over a word, price or entire sentence for a quick translation or currency conversion.

Samsung Galaxy Note 8 has Non-removable Li-Ion 3300 mAh battery which gives 22 hours talk time on 3G network and can play music for 74 hours. It has 4G LTE, Wi-Fi 802.11, Bluetooth 5.0, NFC and USB Type C. Due to S Pen housing in the body of Note 8, Samsung must have opted for 3300 mAh battery compared to 3500 mAh battery in Galaxy 8 Plus.  Samsung Galaxy Note 8 battery both fast charging and wireless charging, although you’ll need to purchase a wireless charging pad separately if you want to take advantage of the latter feature. And it doesn’t have IR blaster, so can’t use it as remote control for other products. 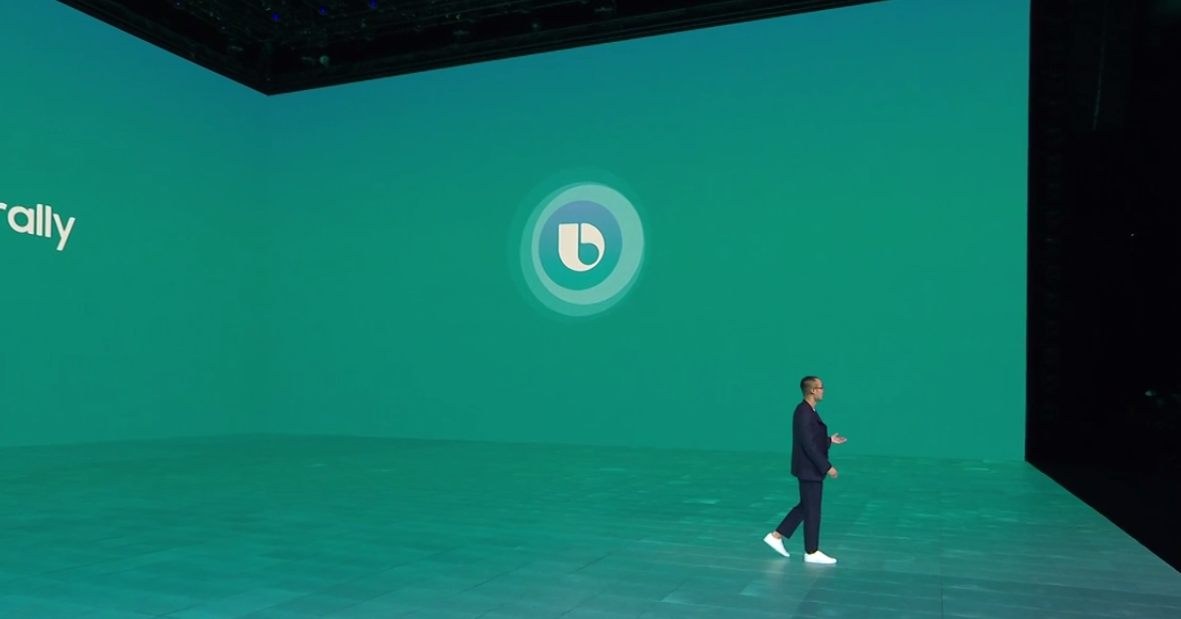 Samsung Bixby: Note 8 has the new improved A.I personal assistant, by which a person can also program voice command to execute a function on the Note 8. E.g. you can program voice command “Food Photo” and the smartphone will activate the camera with the food photo filter , click the snap and then take you to the 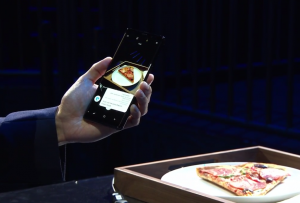 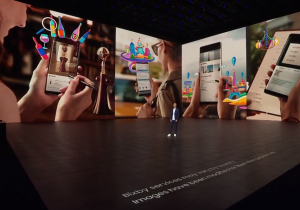 gallery. The Bixby button is separate button located on the left hand near bottom of the smartphone.

Always on Display: The feature was present in Galaxy S8 and S8 Plus but is has been enhanced for Note8. On a double knuckle knock on locked screen of Note 8, a person can scribbile his notes with S Pen in handwriting and can keep on writing on multiple pages without turning on the phone.

Finger Print Scanner: As the front side of Note 8 doesn’t have a button, the finger print scanner has been shifted to rear side near the dual camera. Really dont know, it would be comfortable or not, will test it and keep you updated.

Audio: Note 8 has the 3.5mm jack for listening to music, the package comes along with Harmon Kardon AKG earbud phones.

IP68: Samsung Galaxy series most of the new phones are water resistant and Dust proof. The Note 8 has IP68 certification, so nothing to get worried in the sand or dusty area and you can swim with your Note 8 and go up to one meter depth and keep the phone submerged about 30 mins. 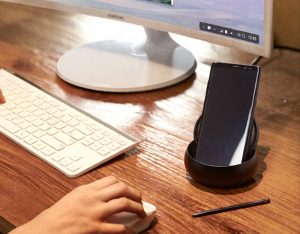 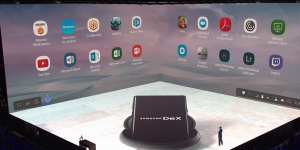 Colors: As per the launch, 4 colors are to be released black, blue, grey and gold

What is price of the Samsung Galaxy Note 8 in UAE? 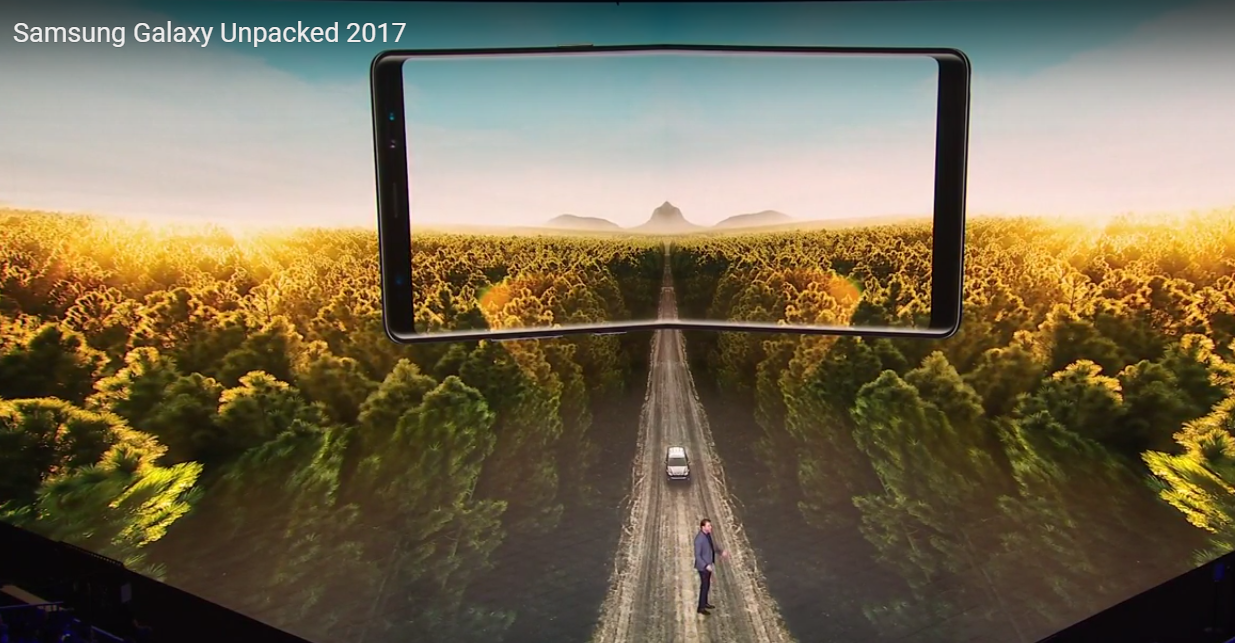 As per Sharaf DG online website, you can pre -order your Samsung Galaxy Note 8 for AED 3399. as per their offer on 24th August, 2017, you get complimentary  AKG speaker worth AED 599 + Microsoft Office 2017 when you pre-order.

Who should buy Samsung Note 8 smartphone? 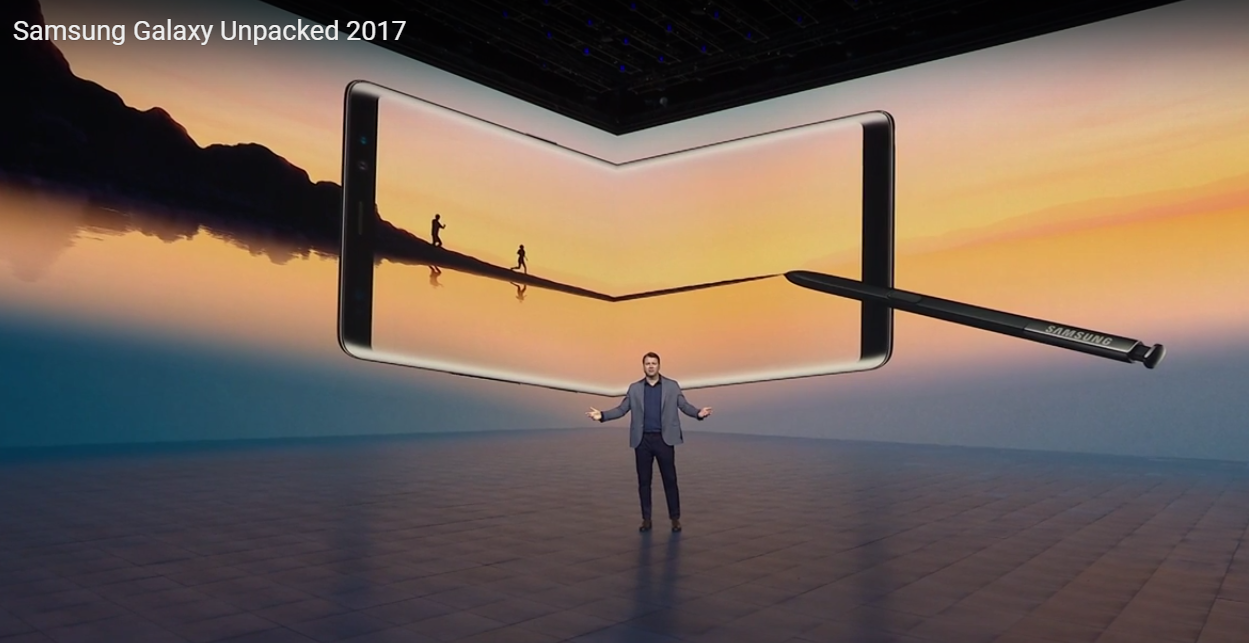 Corporate individuals who like do everything on the move and which is possible as they can use the S Pen and work on their presentation and even make a notes about their meetings. Thanks to the translation facility with S Pen, it would be very handy while travelling to aboard where different language translation could be handled with ease.  With a powerful 6GB RAM and 64GB ROM and dedicated microSD slot, it can be very good for Engineers who work on AutoCad building drawings (using Autocad reader app) at the site and also take snap of the work and mark the necessary changes to concern person and send the image via mail or apps.  An artist will use the full potential of the S Pen as with the new finer stylus tip with improved sensitivity pressure tip, they will be able to sketch or draw while in their comfort space.