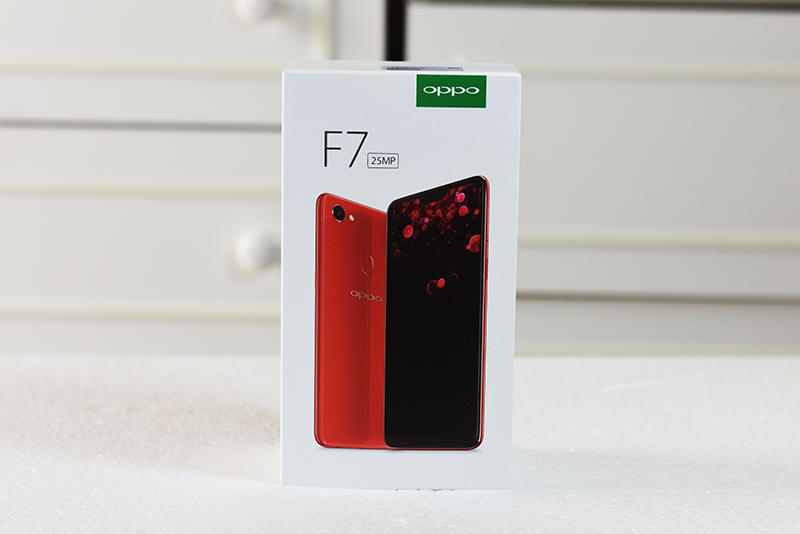 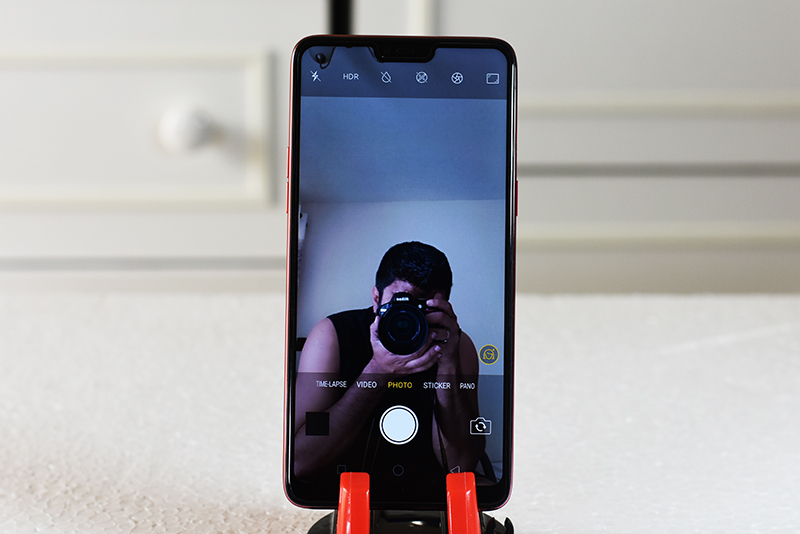 Oppo Electronics Corporation commonly referred to as Oppo, is a Chinese consumer electronics and mobile communication company, known for its smartphones, Blu-ray players, and other electronic devices. The brand name Oppo was registered in China in 2001 and launched in 2004. Since then, they have expanded to all parts of the world.

With a dimension of 156 x 75.3 x 7.8 mm and screen size 6.23 inches, this is OPPO’s first smartphone with 19:9 ratio screen display with a screen having a resolution of 1080 x 2280 pixels. It is 7.8mm thick and weighs 158gm with the non-removal battery. It is bar shape design with rounded edges, The OPPO F7 has IPS TFT screen with 16 million color display. The 6.23 inches screen size has a small notch (smaller than the iPhone X) which houses the camera, earpiece, and sensors. The screen is protected by Corning Gorilla Glass 5 with company fixed transparent screen guard. The bottom side has the speaker grill with microUSB port for charging and data transfer (I wish it had the USB Type C port). 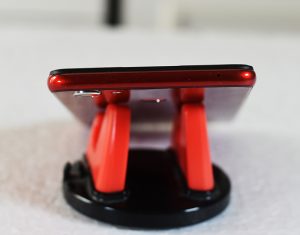 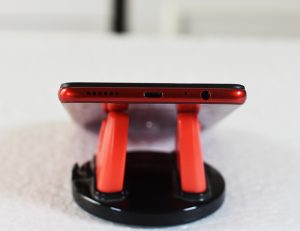 OPPO has changed from the premium metal back cover to composite plastic material with a glossy mirror finish. The review unit which OPPO has given me is the Solid RED limited edition which looks premium as the new trend with most of the high-end smartphones. Being glossy and to avoid fingerprint on the back panel and you have to use the free transparent safety back cover provided by OPPO. The back panel has the Rear single lens camera with LED Flash with an elongated circular fingerprint sensor. The rear camera is little jutting out with steel protective rim and same goes with the fingerprint sensor. Without the additional safety cover, there are chances of scratches and marks especially near the Dual SIM card tray and the rear camera. 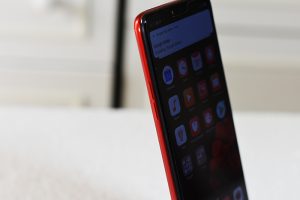 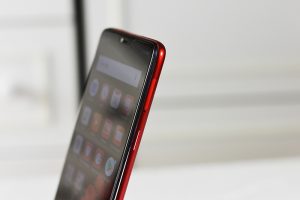 The volume rockers are on the left-hand side and the power button and Dual SIM card tray are on the right side. 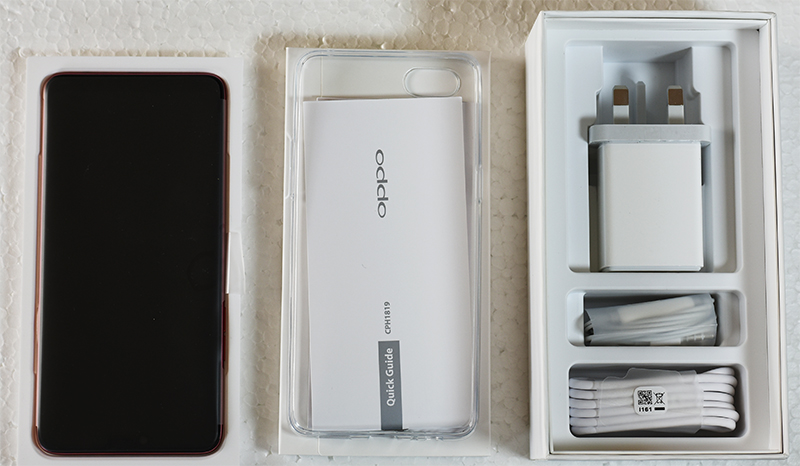 The OPPO F7 comes with the Android 8.1 Oreo with OPPO’s own tweaked OS Color 5.0 UI. The Solid Red OPPO F7 has a matching red theme based Apps Icon skin. Even while doing stress test OPPO F7 didn’t heat up and performed very well for a mid-range smartphone. 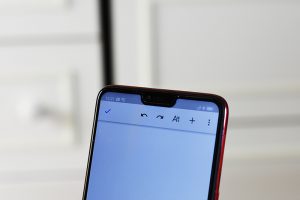 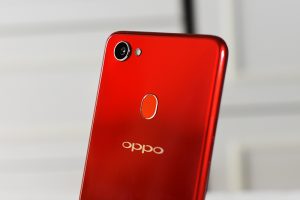 The 19:9 ratio screen size makes the OPPO F7 and reproduction of the colour on the screen gives a look of the invisible body frame.

OPPO F7 is the only smartphone which I have known so far which has the front camera with 25 MP Sony sensor, f/2.0, the 1080p camera for Selfie as their tagline “Selfie Expert”. The rear camera is 16 MP, f/1.8, phase detection auto-focus with LED flash.

The chipset also has dedicated AI processing to help with the phone’s facial recognition technology and real-time HDR. The OPPO F7 is supposed to recognize 128 points on a registered face. In practice, we found that it worked pretty well, and was quick most of the time and fingerprints can be used to secure apps and allocate internal storage.

Other than that you have the usual pin, password and pattern options. Another feature that plays into the security of the phone is the keyboard. The Oppo F7 offers its own secure keyboard which is layered on top the Gboard, claiming to keep your keystroke information private.

With recent trend about the kids access the phone has been a worry for the parents, The Oppo F7 has its own feature called ‘Kids Space’, which lets you disable apps that you don’t want children accessing. The Apps have catered to this by creating subsidiaries like YouTube Kids and Facebook Messenger Kids.

Android phones normally allow you to swipe away a notification but Oppo requires you to submit a ‘delete’ confirmation after swiping left, which I didn’t like.

If you are not used to On-screen navigation keys and it may annoy you then you have an option to switch over to gestures. Once you enable the feature, the navigation keys at the bottom are replaced with horizontal markers.

The OPPO F7 performed pretty well while trying out some mobile games like Asphalt, 8, War Wings and Real Racing 3

The OPPO F7 has the option of disabling notifications while gaming and has something called ‘Game Acceleration’ that optimizes system functionality to enable better gameplay. The smartphone didn’t heat up or didn’t feel lag in the graphics.

While watching videos on YouTube, it performed good and there was some lag or jitter while viewing 4K videos.

OPPO F7 comes with a 3400mAh battery which good for a day with regular 1hour Calls, listening to music, watching some videos and playing some games. The OPPO F7 doesn’t have VOAC like the earlier predecessors.  The battery on full charge lasted fully one day with heavy use of phone calls, with watch videos and an hour of gaming. ( Please note: The Battery consumption test was done under the ideal condition and may vary for others with various factors which include Network, Wifi, and other factors.)

OPPO F7 maybe a mid-range smartphone as per the price but the features, styling, and looks can give run for the money for high-end smartphones. OPPO F7’s 19:9 ratio screen display with a small notch on the display makes the smartphone desirable as the latest trend in the market. With the built-in Andriod AI recognition software in the smartphone, you take beautiful 25MB pixel Selfies and also beauty control. 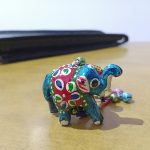 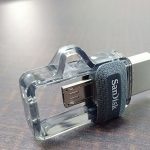 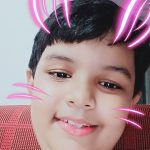 I wished they had continued the metal back panel instead of the Plastic Glossy panel which is a fingerprint magnet. OPPO F7 has microUSB charging port and wished they had Type C port. You can listen to Hi-Res Audio via the 3.5mm Jack port and sadly OPPO F7 is not Water & Dust resistant. 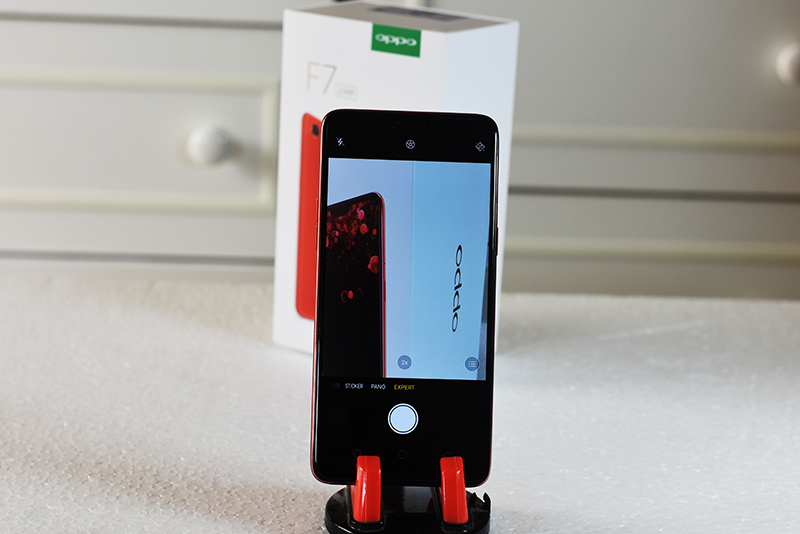