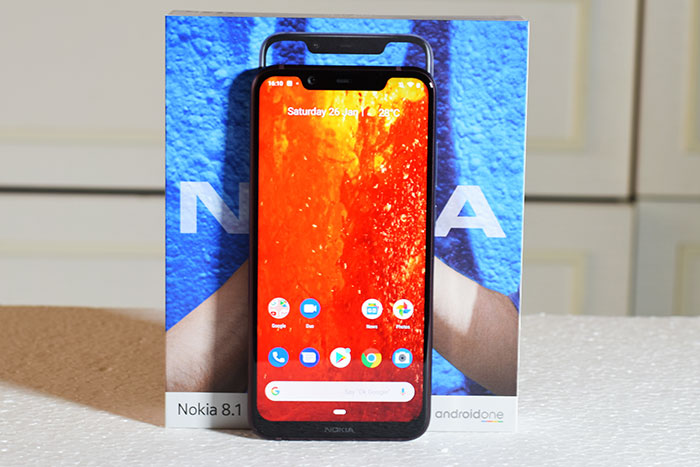 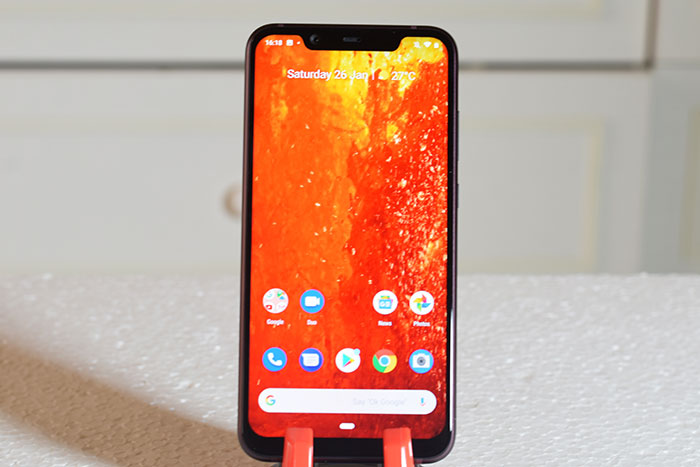 As we are all aware of the brand Nokia as a smartphone manufacturer as was once a prominent brand two decades ago but had lost its charm and glory under various companies in the past. Within a span of 2 years, HMD Global has proven themselves as one of the competitive leaders of smartphones in the entry and mid-level smartphones manufacture in the world. Headquartered in Espoo, Finland, HMD Global is the home of Nokia phones.

Continuously rising back to its glory and providing better quality and efficient product line, HMD Global released the Nokia 8.1 smartphone on 5th December 2018. As HMD Global says providing Hi-end features in the mid-range pricing, Nokia 8.1 is the right product to showcase their commitment.

I have been using and reviewing Nokia 8.1 for more than a month and I found the product to beautiful, sturdy with great features and camera. Let us talk in detail about the smartphone.

With a dimension of 154.8 x 75.8 x 8 mm with the display, 19:9 screen ratio with notch) and weighing 180gms which include the non-removal battery, it is a very sleek and stylish smartphone with rounded edges to fit in your hand. The body of Nokia 8.1 has 2.5D curved front Corning® Gorilla® Glass and back with the metal body. The body frame is made out of 6000 series Aluminum with dual anodized diamond cut coloured edges further accentuate the detail and refined looks. 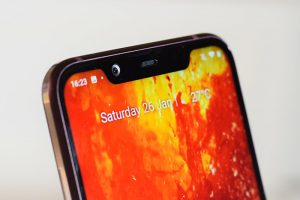 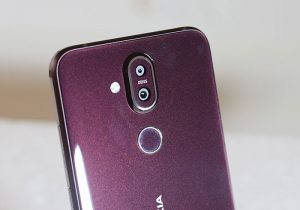 The Nokia 8.1 body has rounded edges with the Volume and Power button on the right-hand side of the phone and the SIM Card 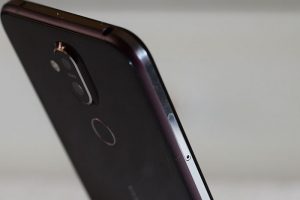 Tray on the left-hand side of the phone. The Nokia 8.1 comes with 3.5mm jack input on the top and USB Type C charging pin, data transfer speaker grill on the bottom.

The Nokia 8.1smartphone frame made out of 6000 series Aluminum with dual anodized diamond cut edges gives very rich classy looks compared to many of the smartphones with dual colour panels. The Nokia 8.1 has a dark brown back panel and has round fingerprint sensor below the rounded vertically places dual Zeiss cameras (12 MP, f/1.8, 1/2.55″ and the second camera with 13 MP FF) with LED light and the front camera has 20MP/F2.0 lens with the earpiece. 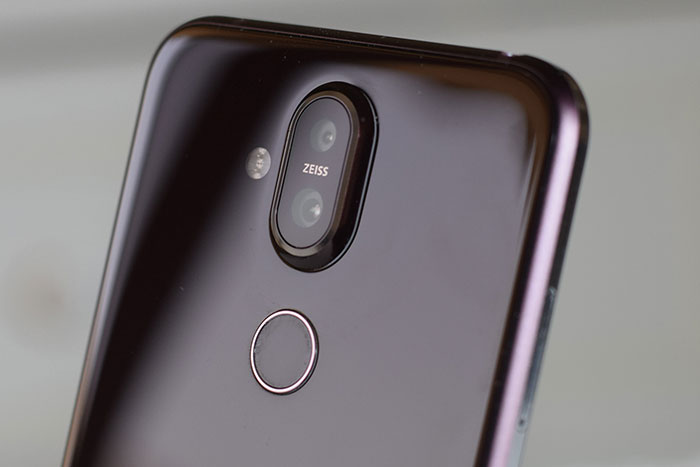 I have tested the smartphone’s camera in daylight and during the low night conditions. The camera performed well during the day and including on max zoom the images were great. When came to low light condition photography, it performed well but there was little noise in the images.  The Nokia 8.1 comes along with Optical Image Stabilisation (OIS) which reduces image blur in the shaky hands of the consumer. In the Bokeh mode, you can click a professional style of photography with the object in sharpness and background blurred. The Nokia 8.1 captured sound with high fidelity 360° Nokia spatial audio. 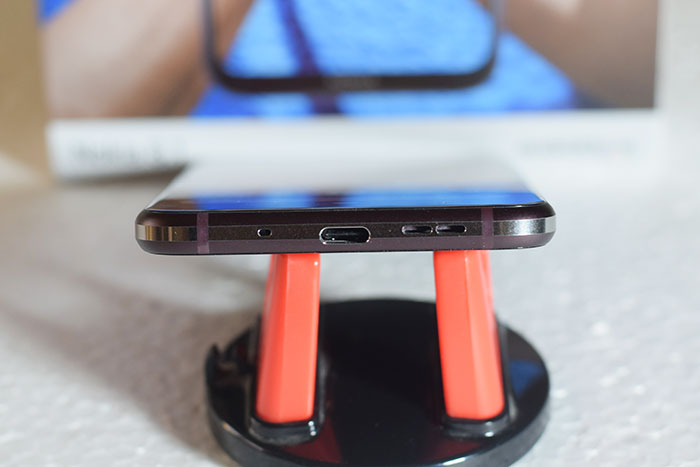 One of the interesting features which have been my favourite in all the Nokia phones is the #Bothie mode. Now in the Nokia 8.1, there has been an upgrade which made #Bothie function more appealing. Compared to the earlier version, under the #Bothie mode, you can split screen which shows the primary rear camera image and front (Selfie) camera at the same time in an equal split screen. Now you can change the split screen size as per your requirement and also move the screen as you desire in PIP mode (Picture in Picture). And all the effect you can do Live on Social media with #Bothie mode.

Nokia 8.1 smartphone UI has a built-in AI function which of course thanks to Google Android upgrades. Now you can use Al filters for photography and video. An AI enhanced front-facing camera which introduces facial recognition to deploy animated 3D personas, masks and filters.

The Nokia 8.1 smartphone comes with Android One with Android Pie (9.0). It comes with Qualcomm Snapdragon 710 chipset with stock Android UI, so any update from Google Android, it will come directly to the user. It has got 4GB RAM with 64GB ROM with dual SIM Card Tray and with microSD support up to 400GB.

The Nokia 8.1 will receive three years of monthly security patches and two years of OS updates, as guaranteed in the Android One. Google Play protect scans all the apps on the store and on your phone to keep it safe from malware.

The battery of Nokia 8.1 is non-removable 3500 mAh battery which has adaptive battery control for long lasting of 48 hours of battery life in one charge. Nokia 8.1 has USB Type C pin with 18W fast charging which can deliver up to 50% of your battery back in 30 minutes 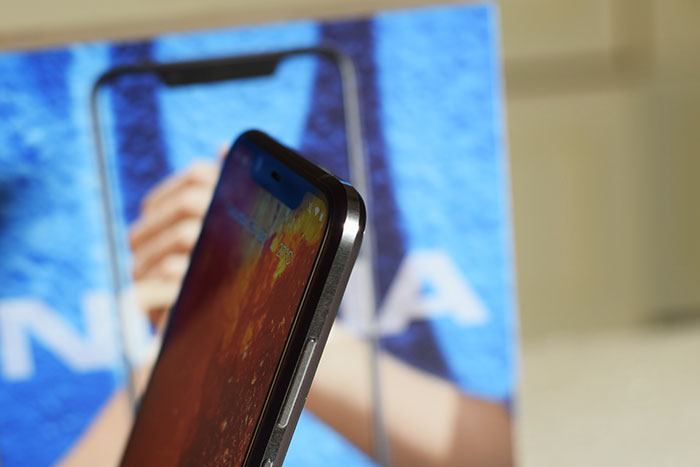 Nokia 8.1 is well designed, slim, sturdy, a smartphone which the latest features of a high-end phone. With the dual camera and HDR capabilities, you can click a crisp, sharp image with OIS function. The new #Bothie advancement makes capturing moments better especially videos and you can now you can control the split screen and change the size of the screen and user can give the prominence to the primary camera or the front camera. Nokia 8.1’s non-removable 3500mAh battery good for one full day charge with heavy usage of talking and chatting and can get 50% of your battery in 30 minutes’ recharge.

Nokia 8.1 would be a perfect smartphone for business people, social media buffs/influencers and people who want a stylish phone in their budget. 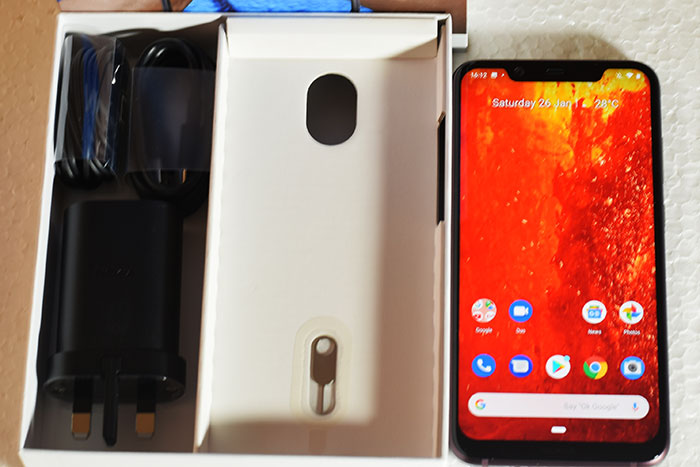 Nokia 8.1 is available in three colour combinations, Blue/Silver, Steel/Copper, Iron/Steel, and will retail for an average price of AED 1499. But for the current price, please check in the retail shops and e-commerce market.

Here are some of the videos which have been shot with Nokia 8.1 smartphone, during the release of Nokia 9 and other smartphones which are expected to be released in the UAE Market in coming months.

HMD Global’s Nokia One Plus launched in MWC Feb 2019 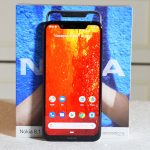