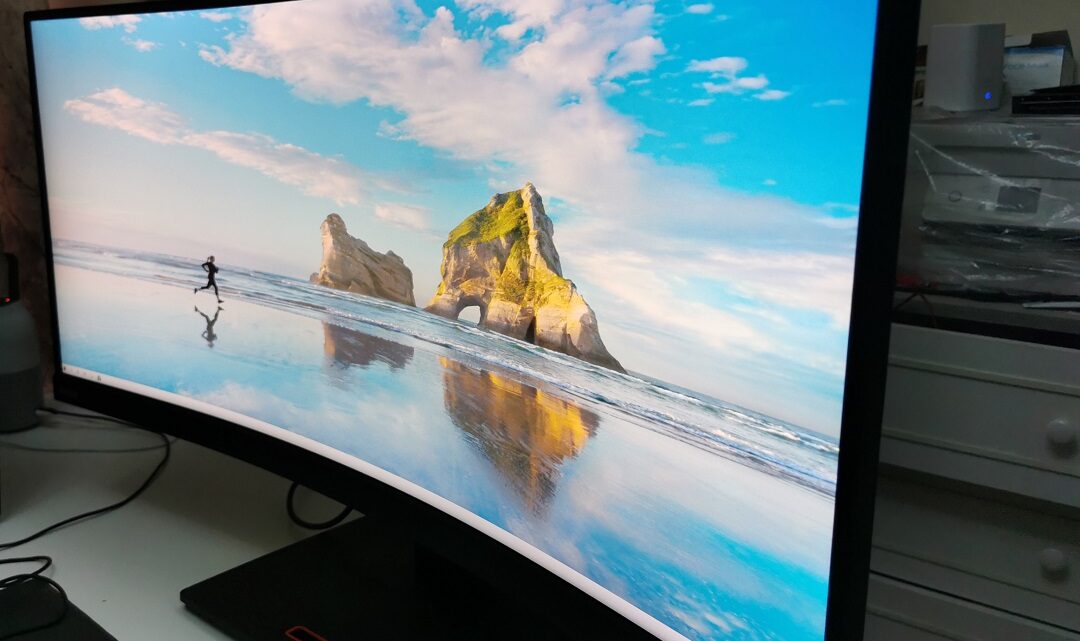 Review of Lenovo Think Vision T34W-20 Monitor in the UAE

ThinkVision displays are high-end computer monitors originally from IBM but now sold by Lenovo. ThinkVision products are built using the design language of other Think devices such as the ThinkPad line of notebook computers and the ThinkCentre line of desktops.

We have received the Lenovo Think Vision T34W-20 Monitor for review.

The Lenovo Think Vision T34W-20 Monitor was reviewed for at least 3 weeks. The monitor was used for regular online surfing and more for creative and online content like Video Editing and image editing and played few online games.

With the display size of 34inchs, it was thrilling in working on the bigger monitor at a distance of 2ft from the chair or eye level. The WLED anti-glare panel was soothing to the eyes even working for long hours. At the start had some issues getting used to the curve especially while typing on a word file as the eye was getting used to the curve design but later there was no issue.

Even with the resolution gave 3440 x 1440px, it didn’t make a major difference in working on the image edition. With 99% sRGB display, the color was vibrant and the text was crisp, no doubt this is not a color-corrected monitor but as a creative artist, I had color-calibrated the monitor to suit my needs.

I really enjoyed watching movies, and especially the older ones and gave me a nostalgic feeling due to the curve. As you are aware the theater has a curved screen on which projection is done and at the edges, the characters would be a little stretched. So due to the 1500R curved design and sitting at 2-3 ft from the monitor, you get immersed in the movie.

As a content creator, I have reviewed the monitor as a secondary monitor for my editing console.

As most of you are aware of video editing and color correction, you require a big-size monitor. With the 34inchs display, it was a big advantage while editing. The wider screen helped me to have a much better view of the timeline. The Lenovo Think Vision T34W-20 Monitor was connected to my system as a secondary display and shifted my editing timeline to some of the features on the monitor. Even working for long hours, I didn’t feel tiredness in my eyes. Again had a little issue with the stretch of the wider monitor especially reading the text but gradually got used to the change as I have a bad habit of going close to the monitor to see the changes.

I played for a few hours of game on the Lenovo Think Vision T34w- 20 Monitor. The display is only 60Hz and had an immersive experience while racing or play games like Call of Duty.

The all the controls are on the bottom right side of the monitor on the frame which meager with the frame avoiding distraction while using the monitor. The only lit up is the power button on the extreme right.

Who should be buying Lenovo Think Vision T34W-20 monitor?

Lenovo Think Vision T34W-20 would be great for the financial people who require the wider screen to see more columns or graphs on one screen and also due to the 1500R curve, it gives more of privacy feeling and the person can get immerse into the screen. It can be good for the video editors who would love to work on a bigger and wider screen and have the whole editing timeline in his view. E-gamers can sure think about it but need to work with 60Hz but again the immersive curved feeling gives a nice touch with an anti-glare screen that avoids any reflection.

Lenovo Think Vision T34W-20 is a perfect monitor for work and entertainment. The wider 21:9 ratio screen helps you view more things compared to other monitors. You may small issue getting used to the curve at the start from flat screen to 1500R curved screen.  I have used it for Image, Video Editing and even played few games, there was no tiredness in the eyes after hours of usage. 34inchs wider display was a great advantage for all the above reviews.

The price of the monitor is a little higher compared to other brands but if you require a wider screen monitor then you have to spend more compared to regular flat monitors available in the market.

The Lenovo Think Vision T34W-20 will be available from February 2021 for a retail price of AED 2349 at all major retailers.

(Please note: The price may vary from retailers to online as per their offers and discount) 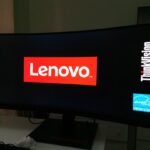