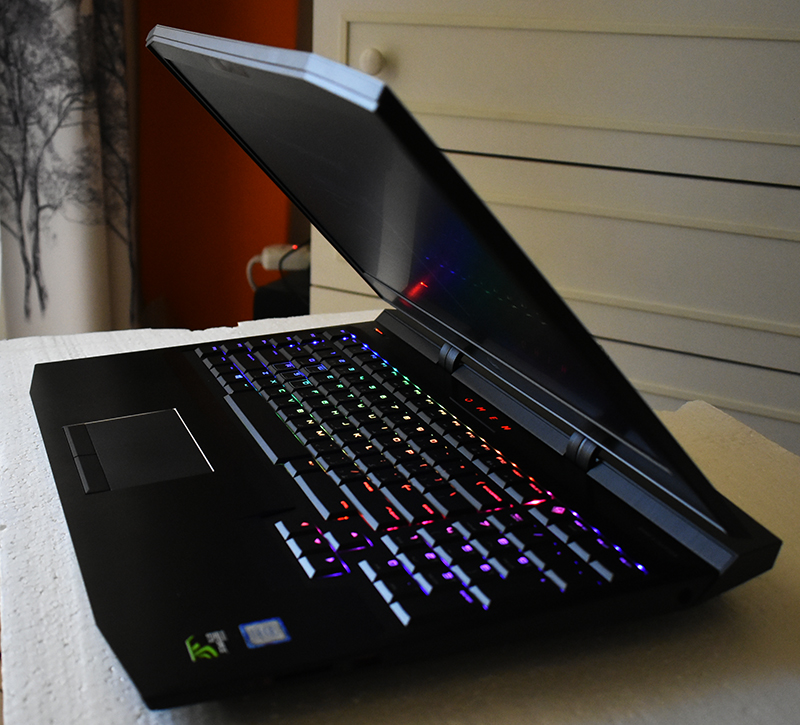 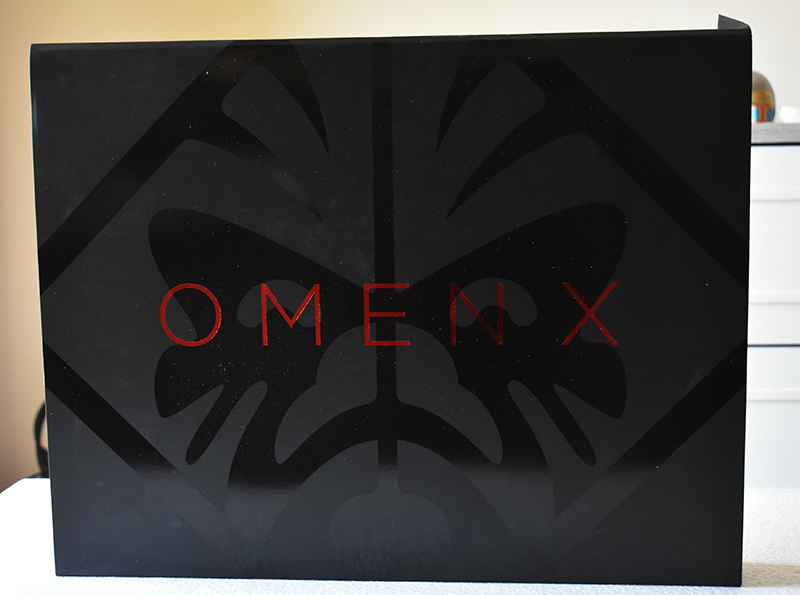 Gaming Industry has been booming for a while and there has been a shift for gaming laptop compared to desktops. In a recent event with Intel mentioning about their latest chipset, the Gaming industry has seen a 45% jump compared to last year. There are many companies who are manufacturing these beautiful gaming beast laptop as the millennium people are more interested in a portable size, powerful machines. HP has been known to be one of the top laptop providers in consumer and B2B sector. HP entered the gaming industry around 2014 and grew on ready pace. In 2016, Hp Omen made huge noise with the HP OMEN series which was the talk of the town and got gamer interested to try out the product. 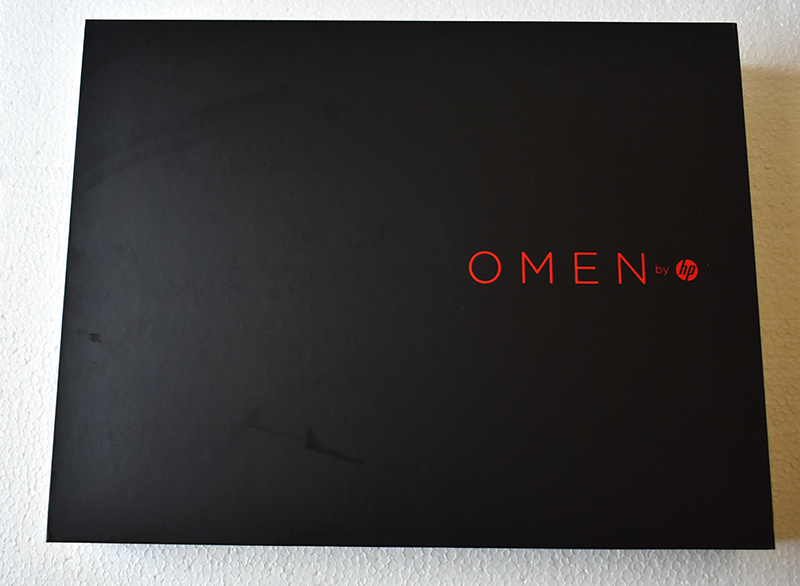 HP Omen X specs details were released in around August 2017 and media were impressed by the built quality and styling. 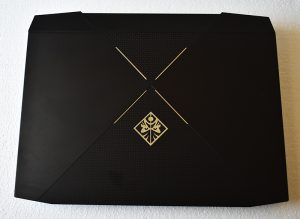 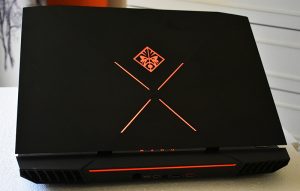 HP OMEN X  is 17″ black color laptop with X lines on the display cover with HP Omen logo. The Cover is divided by X lines with one side matt finish and the other with dotted design.It has Dimension of 425 x 327 x 36mm and has the shape cut at the edges like the futuristic design  It has Bang & Olufsen for sound, Intel® CoreTM i7 processor, 16GB DDR4@ 2,400MHz memory and options supporting Intel® XMP and comes with 128GB SSD primary drive with ITB HDD for Storage. It has 8GB Nvidia GTX 1070 for graphics. It works with Windows 10 Operating System. It weighs 4.5kg. 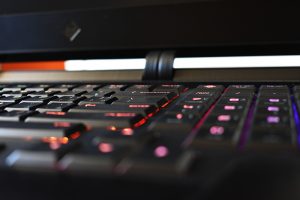 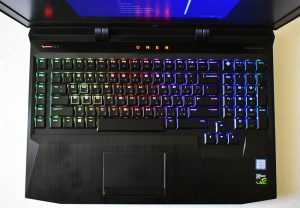 When you switch on the laptop, the X lines and HP OMEN logo lights up with red colour which adds to the beauty and there is also a red line light up on the bottom part on the backside of the laptop and top side of the mouse pad. The HP OMEN lights up on the display panel which houses the 17inch screen with a 1080p camera and LED light.  It has 1 Ethernet port, 2 USB 3.1 Type-CTM port (Thunderbolt-certified), 1 Mini DisplayPort, HDMI 2.0a, and USB 3.0 Type-A. 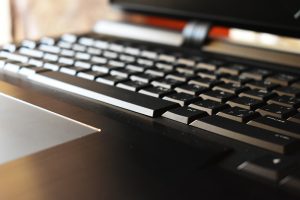 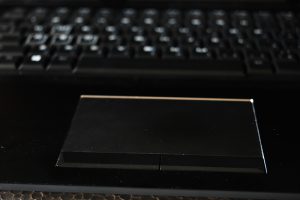 HP Omen X has a native resolution of 1920 x 1080 and has a mechanical keyboard which makes better for playing games. It has multi colour back-lite keyboard options and you can set your personal preference on the lighting. 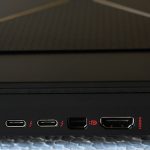 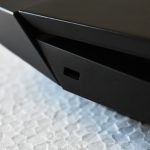 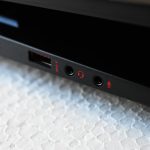 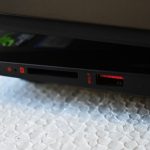 It has the HP Omen command centre button on the keyboard. Two large, high-performance fans pull cool air in from numerous vents on the bottom of the laptop. An integrated vapour chamberon select configurations and four 3.5mm heat pipes help transfer heat away from the GPU and CPU and towards four massive radiators. You can choose an optional 4K display for UltraHD gaming or a 1080p display with a rapid 120Hz refresh rate. The Display unit and bottom panel are connected with the Brush metal type ring type design which gives classy looks. The design of the edges of the panel is futuristic with a sharp curve edge which helps to close the laptop and avoid any dust going inside while the laptop is closed. 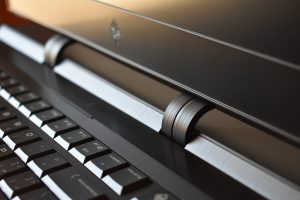 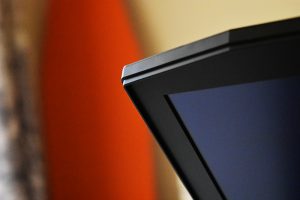 HP OMEN X  laptop is VR Ready and has the lowest latency and plug-and-play compatibility with leading headsets—driven by NVIDIA® VRWorks™ technologies. VR audio, physic and haptics to let you hear and feel every moment. The laptop has see-through single panel access to the HDD, SSD, and RAM lets you quickly upgrade and expand to the next tier of gaming.

Along with playing games on the HP Omen X laptop, I have loaded the machine with two different types of editing software a) Adobe Premiere and b) Sony Vegas 14.0.  With the dedicated Graphics card and 16GB RAM, the Adobe Premiere could be instant transition output and help in fast render output.

While testing on different benchmarks, the HP OMEN X scored quite good compared to the other competitor’s laptop in its range. 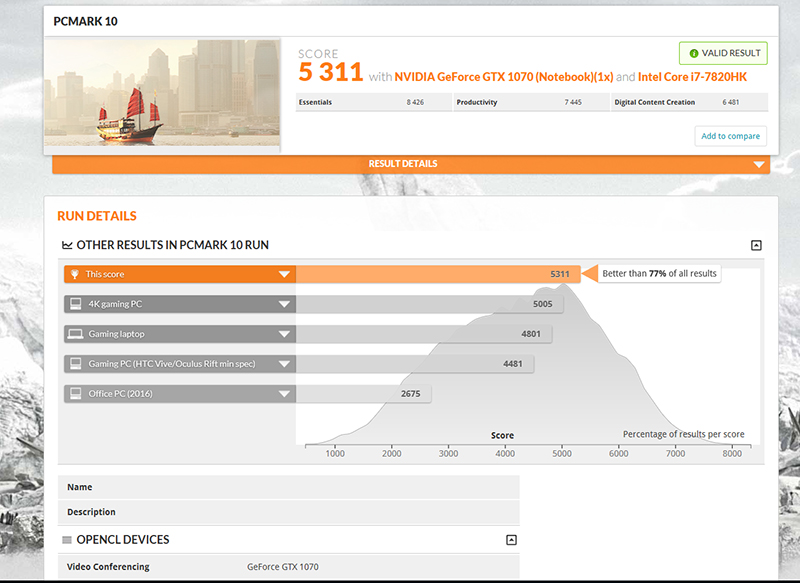 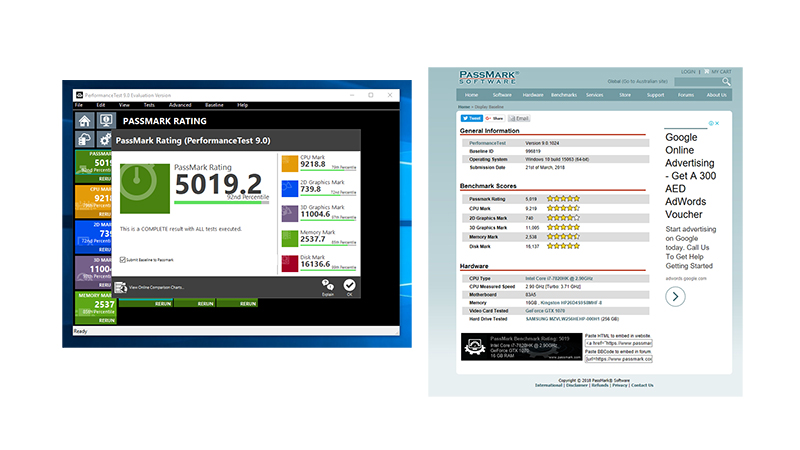 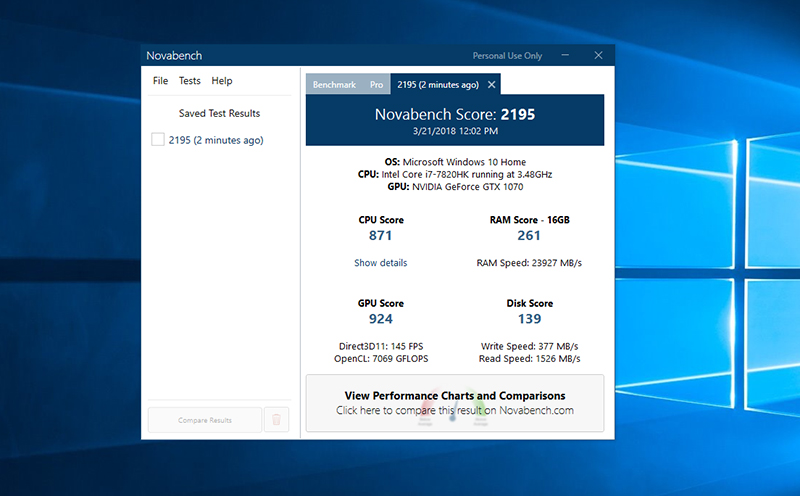 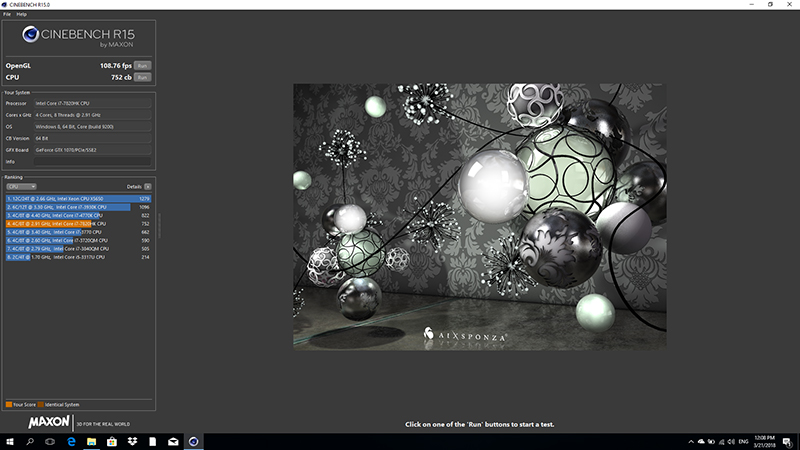 HP OMEN X  is value for money for gaming laptop compared to the similar range of the competitor’s gaming laptops. It is can good investment for a portable onsite editing machine as well as 3D animation machine. Thanks to the 8GB Nvidia GTX 1070 graphics card you can now render output in minutes ( Please note: Rendering is based on 5mins 1080 resolution @60FPS video with multiples layers of sound, videos and transitions, so its speed of render output may vary from programs to type of render output.)

The only thing which I didn’t personally like is the bulky power source which is heavy and I would wish laptop could have been lighter to really call it portable. The air vent cooling design is neat and looks futuristic. Overall it good product for Gamer, Editor and 3d Animator. 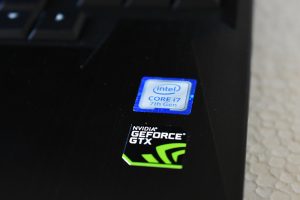 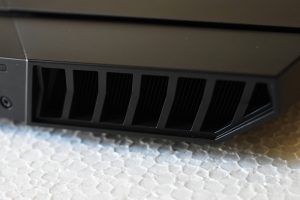