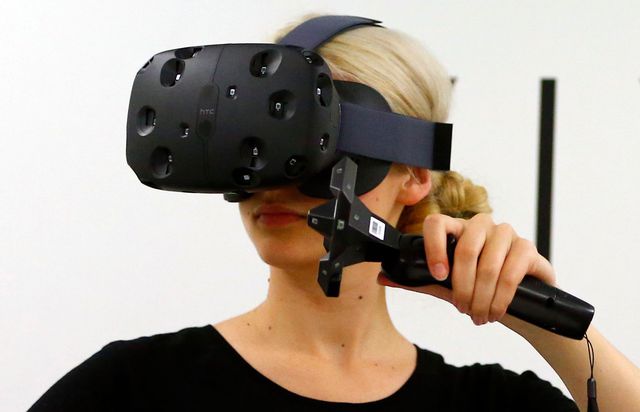 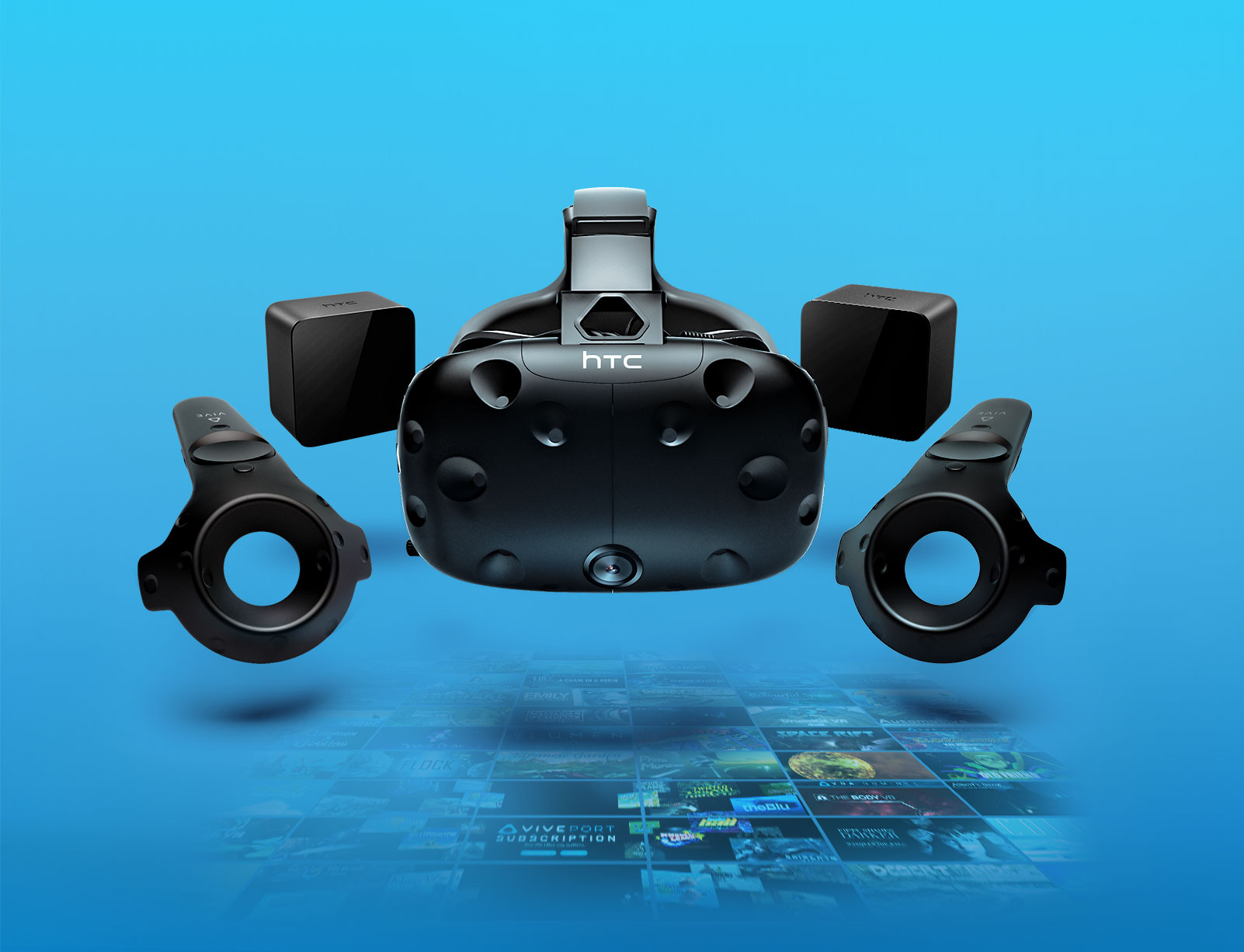 August 21st 2017, HTC Vive announced the a AED700 reduction for Vive, making the best VR system more accessible to the mass market and across the globe. In UAE it would be available for AED2599 and with the purchase, you will get a free trial to Viveport Subscription, where consumers can choose up to 5 titles per month to experience, and copies of many of the most popular pieces of VR content today, including Google’s Tilt Brush, Everest VR, and Richie’s Plank Experience. It is great news for the VR gamers as everybody wanted to get there hands on the product since 2015.

But people who are wondering what is so great about the product and what is the hype about this HTC Vive? To understand this you need to know the product

What is HTC Vive?

The HTC Vive is a virtual reality headset developed by HTCand Valve Corporation. The headset uses “room scale” tracking technology, allowing the user to move in 3D space and use motion-tracked handheld controllers to interact with the environment.

The HTC Vive was unveiled during HTC’s Mobile World Congress keynote in March 2015. Development kits were sent out in August and September 2015, and the first Consumer version of the device was released on April 5th, 2016. At Consumer Electronics Show 2016, HTC and Valve unveiled a near-final hardware revision of the device, known as HTC Vive Pre.

When you buy the HTC Vive product, the box will consist of the following it items: 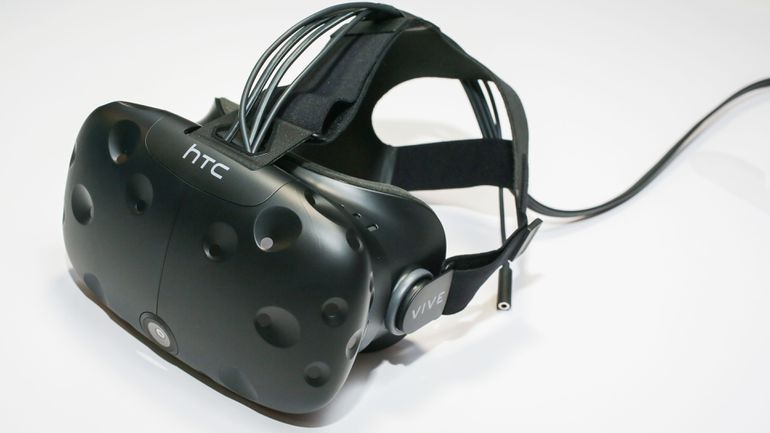 a) Vive Headset: The headset has front facing camera which blends real world elements into virtual world. The device uses two screens, one per eye, each having a display resolution of 1080×1200. So you have  2160 x 1200 combined resolution and 90Hz refresh rate deliver eye popping graphics and smooth action.  It has got 110 degrees field of view for captivating immersion. It has 32 headset sensors for motion tracking. The headset has adjustable head straps to give you long comfortable use. It also has interchangeable foam inserts and nose pads which also help for people with eyes glasses. 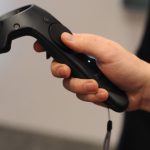 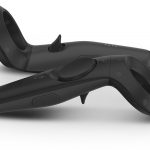 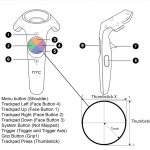 b) Hand Controllers: The Vive comes with 2 hand handle controllers which has multi functional track pad which provides effortless precision and HD Haptic feedback. Due to dual stage triggers, with HD Haptic feedback makes VR experience  for realistic. It has got 24 sensors for accurate motion tracking with the headset and the Base unit. 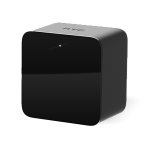 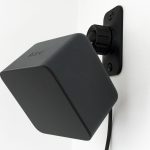 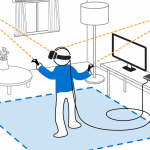 c) Base Station:  The Vive comes with two base stations which delivers 360 degree motion tracking for superior VR experience. The Base station is synced wireless but needs to be  powered by electricity.

How to do we connect and play?

The Vive works with Desktop computer or Laptop which can support the Vive. Please check this link

The Vive wires are connected to the computer and you need download software and connect with SteamVR. With more than 3,600 titles available across Steam and Viveport and with new AAA content arriving soon, Vive will continue to be the platform of choice for developers and consumers alike. In addition, Viveport Subscription allows consumers to choose from over 250 pieces of content from a highly-curated offering, giving consumers another opportunity to discover the best VR content available.

What is the difference between HTC Vive vs. Samsung Gear VR? 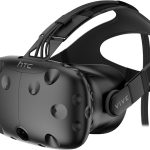 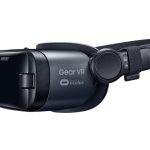 HTC Vive: The Vive’s motion-tracking base stations and its special controllers — enable wearers to explore virtual worlds by physically walking around and “touching” objects with the controllers. So you can explorer your 360 degree surrounding with moving around in virtual space in the physically restricted space.

Samsung Gear VR: It is a VR for your Smartphone were the 360 degree VR content is downloaded from the Net. The Gear VR’s reliance on a smartphone rather than a high-performance PC means a less refined overall experience. The Gear VR can be lag due to net connection, and it doesn’t track your body’s movement in the digital space. The Vive, by comparison, create far more immersive virtual worlds. It’s comparable to the difference between playing a smartphone game and playing the latest PlayStation 4 or Xbox One title.

According to Steam statistics, HTC Vive maintains a 60% share of access to the Steam platform for high-end VR headsets.  Over the past year, Vive has maintained its lead by more than 20%.

“This year has been a great one for HTC Vive as the business has diversified regionally and around the world. Apart from premium gaming and entertainment content, we have also seen more applications in the enterprise space, including those in automotive, healthcare, cultural, education and logistics industries, with partners seeing the benefits of increased support in the coming years,” said Nikitas Glykas, President of HTC Middle East & Africa. “In our case, this has been driven by continued improvements to the core Vive hardware, the industry’s first VR subscription service and investments in new developer platforms. Vive is now at the forefront of the push to take VR to the mainstream.”

Vive is now available in leading retail outlets across the UAE and will be available later this week through the company’s new online e-store with free shipping. The e-store will also offer a full range of accessories.

VIVE is a first-of-its-kind virtual reality platform, built an optimized for room-scale VR and true-to-life interactions.  Built on the SteamVR platform, Vive delivers on the promise of VR with game-changing technology and best-in-class content. Vive has created the strongest ecosystem for VR hardware and software, bringing VR to consumers, developers and enterprises alike. The Vive ecosystem is built around the best VR hardware in market, supported by Vive X, a $100 million accelerator for VR and related technology start-ups, Viveport, a global platform and app store for VR that operates in more than 30 countries, and Vive Studios, its VR content development and publishing initiative. For more information on Vive, please visit https://www.vive.com.