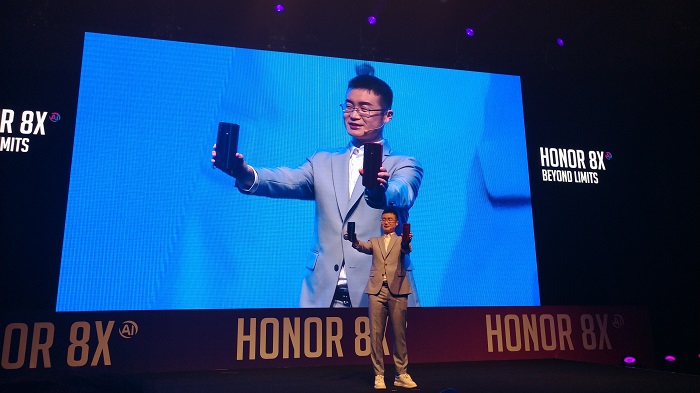 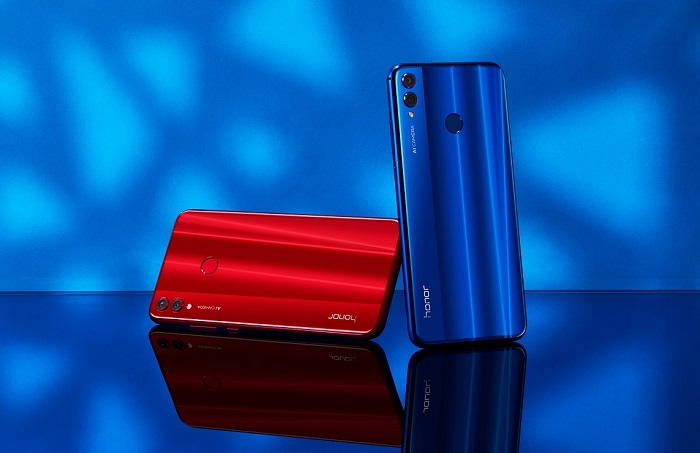 Today at the extravaganza event at Hub Zero, City Walk, Dubai – UAE, Honor an E-brand of Huawei launched the Honor8x smartphone for the Middle East market. 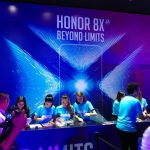 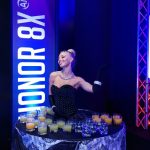 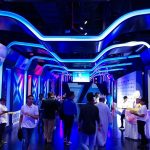 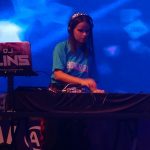 The Honor team had invited Honor fans, media, and channel partner from across the Middle East and the event started with DJ Linn entertained the crowd with playing some house music and later Chris Sun – President of Honor MEA came on stage and took through the journey of Honor Series and including a few months back release of Honor 10. 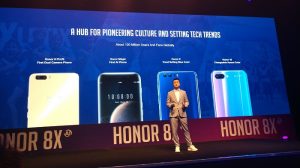 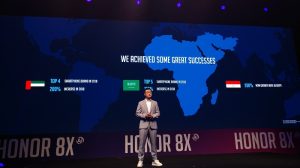 In his speech, he told us about Honor standing as 1no E-brand smartphone in China with 150% growth on year on year in the overseas market. He also spoke about Honor holding the 4th position in market share of UAE market and 5th in the KSA market. Honor achieved a 200% increase and KSA with 130% with YoY growth. Continuing his speech, Chris Sun introduced the new Honor 8X smartphone to the audience. 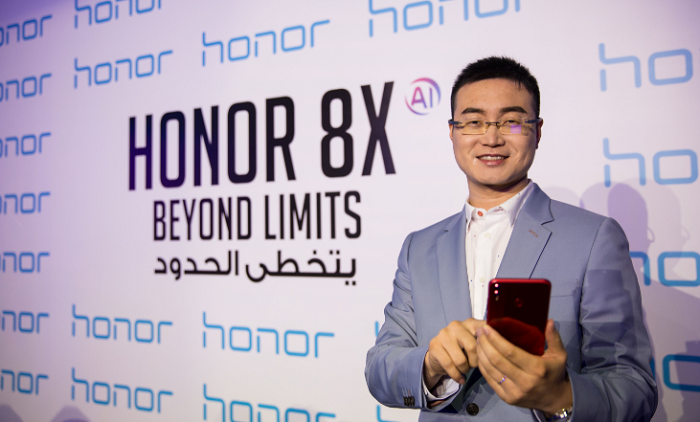 Mr. Chris Sunbaigong, President of Honor MEA, said: “With the newly unveiled Honor 8X, Honor is setting out to hit new benchmarks in terms of the balance between value, design, and performance. We have launched a device that enjoys flagship features at a budget-friendly price to cater to our digital natives, the millennials. We know that millennials are super tech-savvy and that is why we have maxed out all the features found in a flagship and wrapped a price tag on the Honor 8X that does not burn a hole in their pockets.” 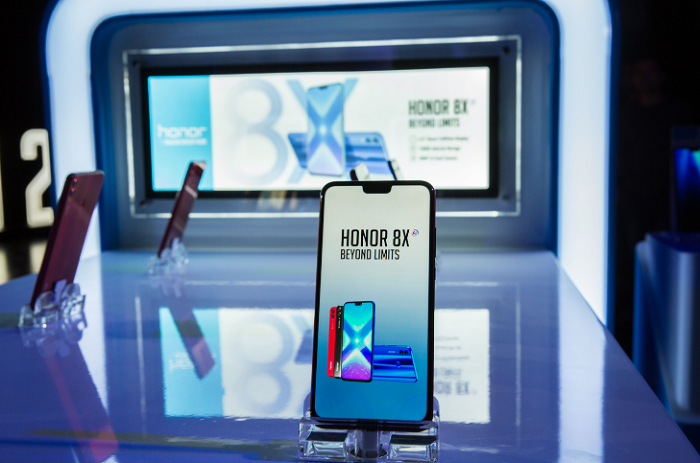 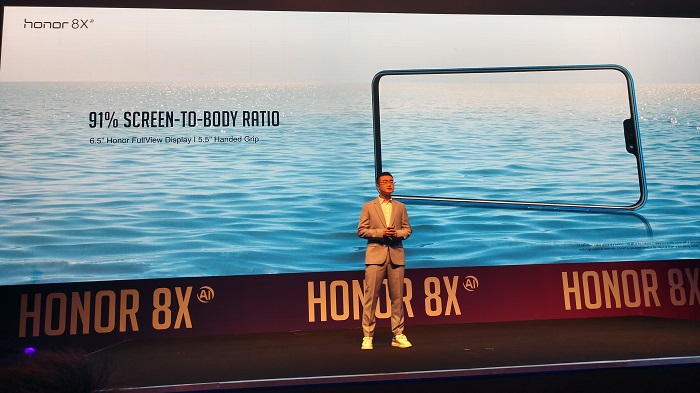 It has the Kirin 710, Octa-Core processor with 4GB RAM and 128GB ROM for storage. The Honor 8x has Android O for OS (Operating System) and EMUI 8.2 for UI (User Interface). With Android O and Kirin 710 chipset, it has AI function like the AI beautification, creamy bokeh for portraits, AI recognition up to 500 scenes. Special studio lighting selfies and many more. With a build in GPU Turbo on the chipset, you have fluid gaming experience. 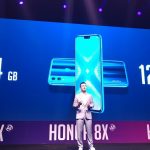 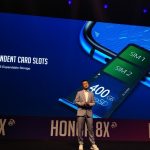 The interesting thing about Honor 8X, it comes with independent 3 card slots – Two Dual SIM card and One microSD card slot which is expandable up to the 400GB memory.

As for the Honor 8X video, it can record 1080P full HD video recording and video playback,  with Honor 8X’s super-slow-motion function that can capture slow-motion videos of unlimited recording length. Short videos can be filmed at 16x slow-motion mode (480fps). 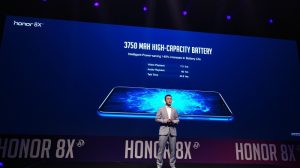 Honor 8X comes with 3750mAh battery which can for a day or more on average usage with the software enhancement it has a brand-new smart power-saving system.

The Honor 8X is the first smartphone in Honor series to be certified by TÜV Rheinland. So Honor 8X makes sure that blue light radiation is reduced to avoid eye fatigue, the screen display to be super clear even under the brightest of sunlight. Under Night Mode: this unique mode provides minimal light to make it more comfortable for the eyes, allowing you to take a better look at your screen. 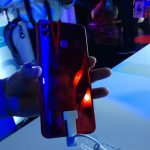 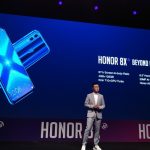 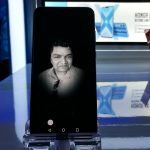 Honor 8X is quite similar to the Huawei Nova 3i only it more affordable for consumer’s pocket. The Honor 8x is available for AED999 in Carrefour, Axiom, Lulu, Jumbo, Emax, JollyChic, Sharaf and KM trading along with all mobile shops in UAE. And it is available in 3 colors Black, Blue & Red. 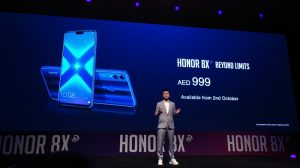 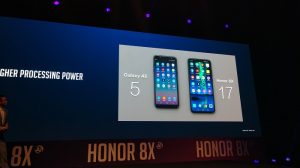 Honor 8X is available for pre-orders starting the 2nd of October in Saudi Arabia and will be available on the 8th of October, at a price of SAR999 in Jarir, Extra, Lulu, and in other phone shops.

With such competitive pricing and features, Honor 8X would be a tough competition in the similar price range smartphones.

You can also purchase from Honor website- Offer-  Honor 8x smartphone and get additional gifts, Click here to buy 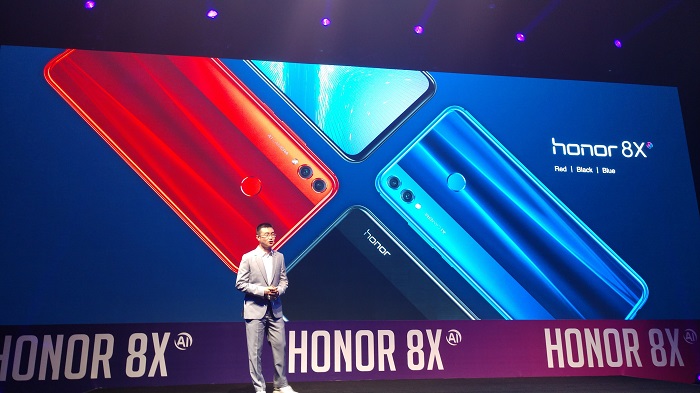