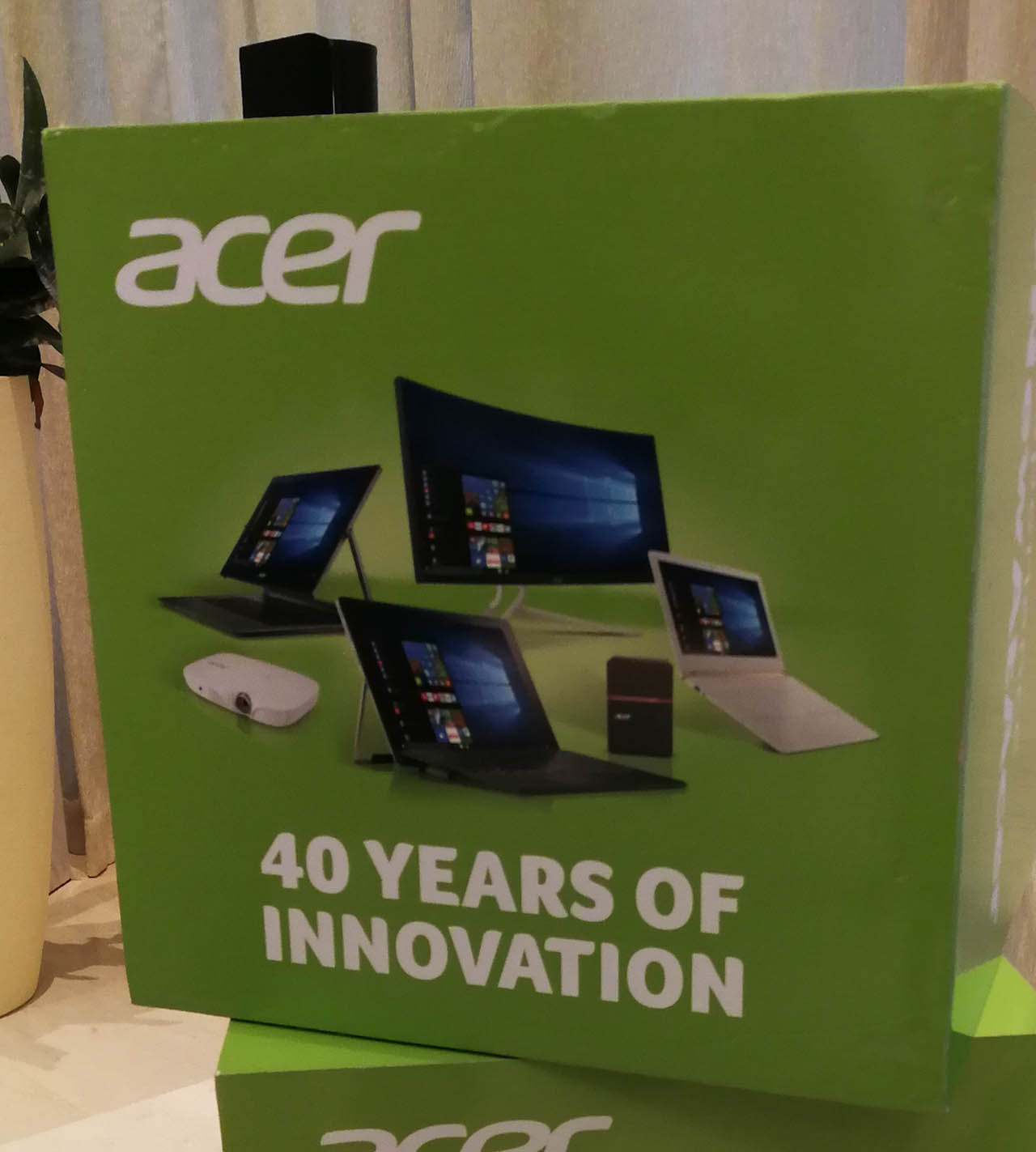 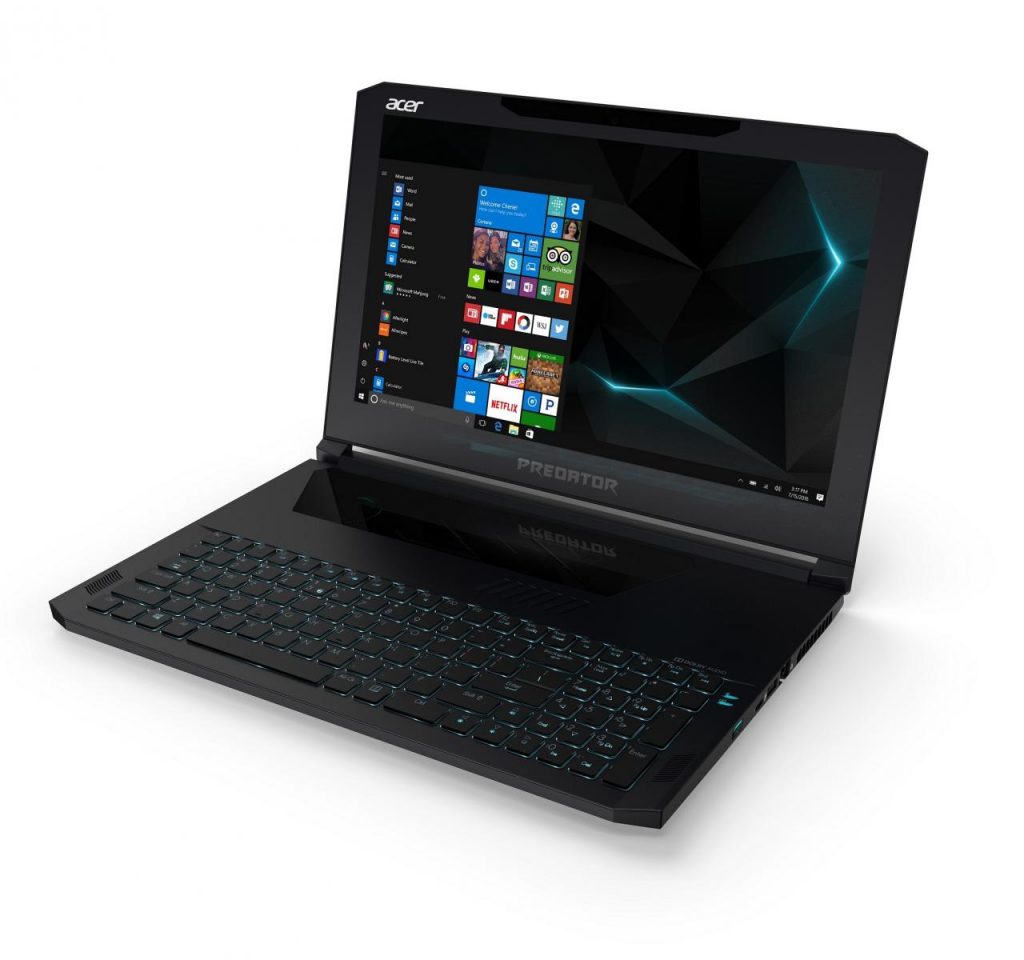 Among all the products, the Predator Triton 700 slim stylish gaming laptop was the highlight of the evening. 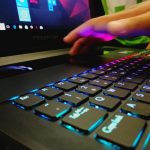 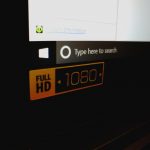 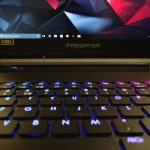 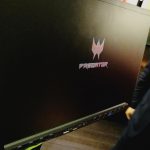 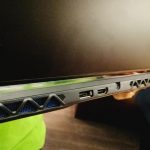 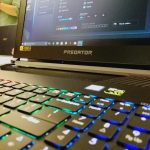 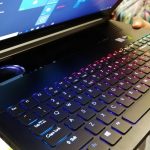 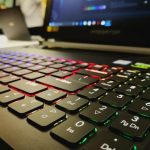 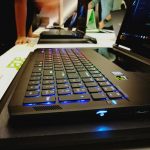 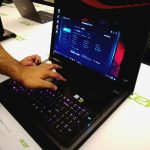 The Predator Triton 700 for Gamers

The Predator Triton 700 was first showcased in Computex in May 2017 and I was very eager to have a look at the product.  One of the interesting change Acer did was the track pad is placed above the keyboard and with transparent glass panel where you could see the heat pipes and internal cooling fans. One downside of long-time clickers is having to resort to using tap-to-click since there are (understandably) no mechanical elements to the Triton 700’s pointing device. Acer managed to fit this transparent window with a digitizer that recognizes your mouse gestures. The Acer Predator Triton 700 takes many of its design cues from the Predator X 21, including a teal-on-black color scheme.

The other products which was showcased and could have hands on were Spin 5, Swift 7, Switch 5, Spin 7, Helios 300 Entertainment Hub and Nitro 5 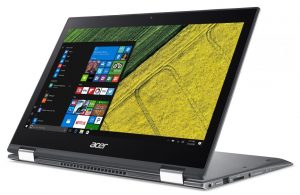 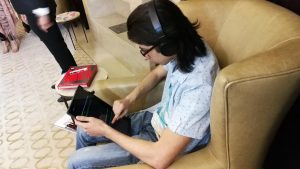 The Spin 5 delivers up to 10 hours of battery life for all-day productivity, and is designed to swap from a tablet to a laptop and vice versa. With a 360-degree dual-torque hinge, it allows users to bend the device wobble-free, preventing them from toppling over when using the touchscreen. The Spin 5 provides consistent wireless signal because of its strategically placed 802.11ac antenna. In addition, the crossed-hairline brush finish on the aluminum top cover provides a fabric-like appearance, making the Spin 5 easy to grip while preventing the accumulation of messy fingerprints and smudges. The Spin 5 is flexible to use, convenient to carry, stylish and affordable, and has a bright 13.3-inch Full HD IPS touchscreen display that can be used with an optional Acer Active Pen. 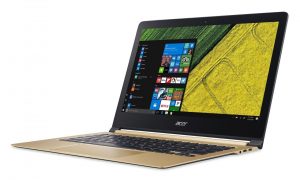 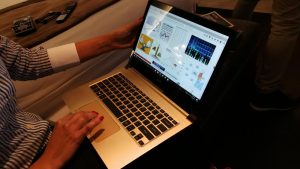 *Currently available in the UAE starting at 4,499 AED. 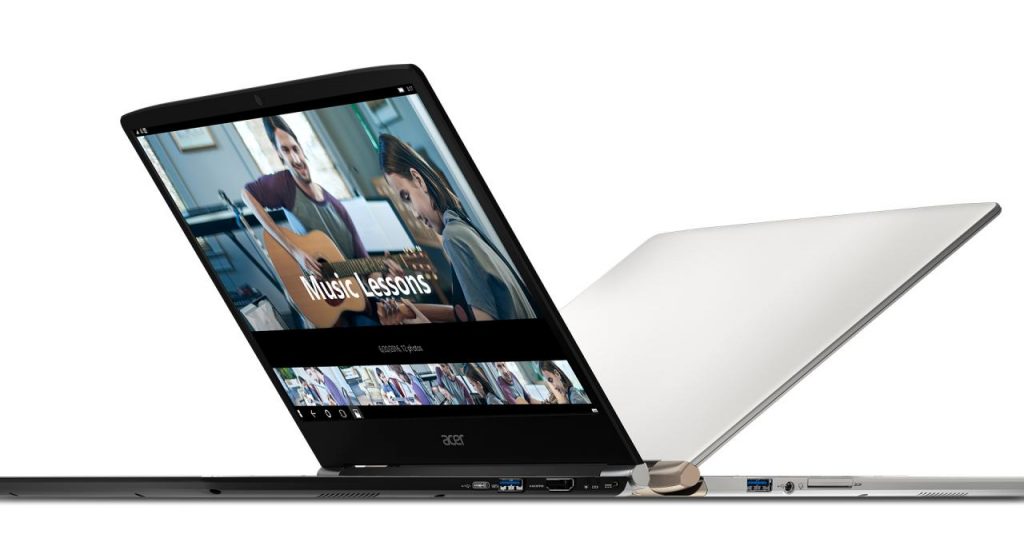 With a 7th Generation, Intel® Core® i7 and i5 processors, the Switch 5 delivers the top-rated performance needed for serious tasks, presentations and entertainment on the go with its 12-inch screen. The built-in fingerprint reader on the power button authenticates users and provides quick access to their projects. Users can be assured their information will remain secure andprivate when using the fingerprint reader for logging on thanks to Windows Hello. The Switch 5’s viewing angle can be easily adjusted one-handedly, providing added convenience in any scenario and the U-shaped kickstand on the tablet can be snapped out and instantly adjusted. Also, the Switch 5 uses Acer’s proprietary fan-less LiquidLoop™ cooling system, which keeps it running efficiently without fan noise, making it ideal for shared spaces such as meetings and open offices. The Switch 5 has an anodised aluminum chassis that is elegant and modern. The brushed hairline texture complements the design while enhancing the comfort of the device during transport. 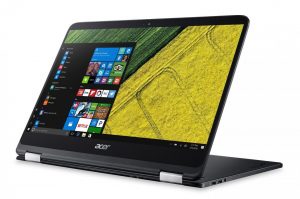 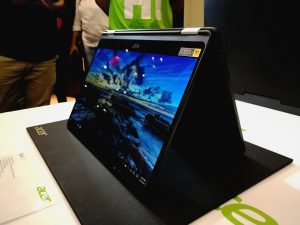 The Sleek and Contemporary Spin 7

Thinner than a standard DVD case, the Spin 7 is a mere 10.98 mm thin and weighs just 1.2kg, making it one of the world’s thinnest convertible notebooks. Sleek and contemporary, its matte black chassis is complemented with polished silver hinges and diamond-cut edges around the touchpad. It offers up to 8 hours of battery life, providing a full day of usage. A wide glass touchpad helps fingers glide smoothly across the surface with minimal friction.

*Currently available in the UAE starting at 4,999 AED. 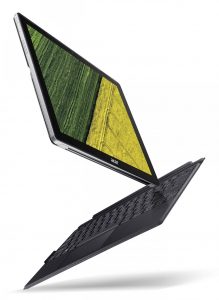 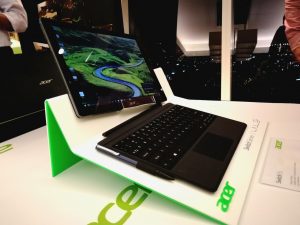 Swift 5 the Ultimate Laptop for Portability and Usability

Just 0.57 inches (14.58 mm) in height and weighing 3 pounds (1.36 kg), the Swift 5 manages to fit a 14-inch Full HD IPS display into a 13-inch frame, making it the ultimate in portability and usability. Available in Pearl White with gold trimming or Obsidian Black with silver trimming, it cuts an impressive figure, combining brushed metal surfaces and diamond cut accents, and has up to 13 hours of battery life, a backlit keyboard, a reversible USB 3.1 Type-C port and options for a touch display and fingerprint reader. 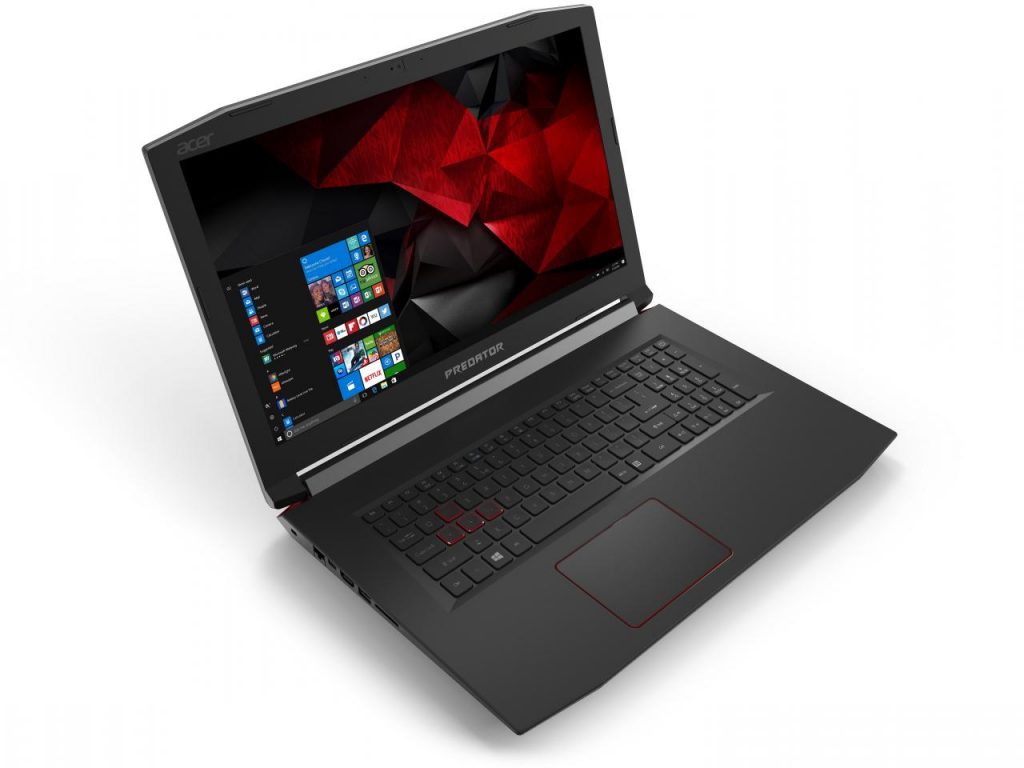 The Helios 300 Entertainment Hub for the Gamer 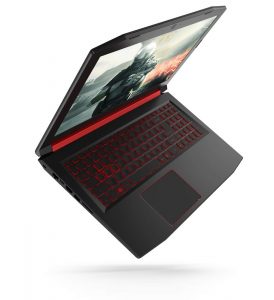 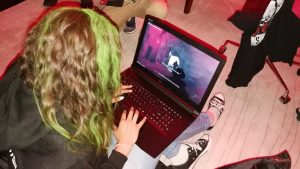 The Nitro 5 for Gamers and Movie Buffs

The Nitro 5 comes with up to a 7th Generation Intel Core i7-processor that is designed to bring incredible performance and responsiveness, immersive audiovisual entertainment and longer battery life to mobile devices. The chipset is the perfect match for the notebooks’ equally impressive GPUs, the latest NVIDIA GeForce GTX 1050 graphics. Whether a movie buff or a gamer, users will be able to fully enjoy the latest releases and titles without compromise. The Nitro 5’s sophisticated design includes a matte black chassis with a hairline finish. A smooth sleek red hinge runs along the back of the notebook, above a bold black grill vent. The keyboard features red backlighting, and the WASD keys and touchpad are also outlined in red for ease-of-use.